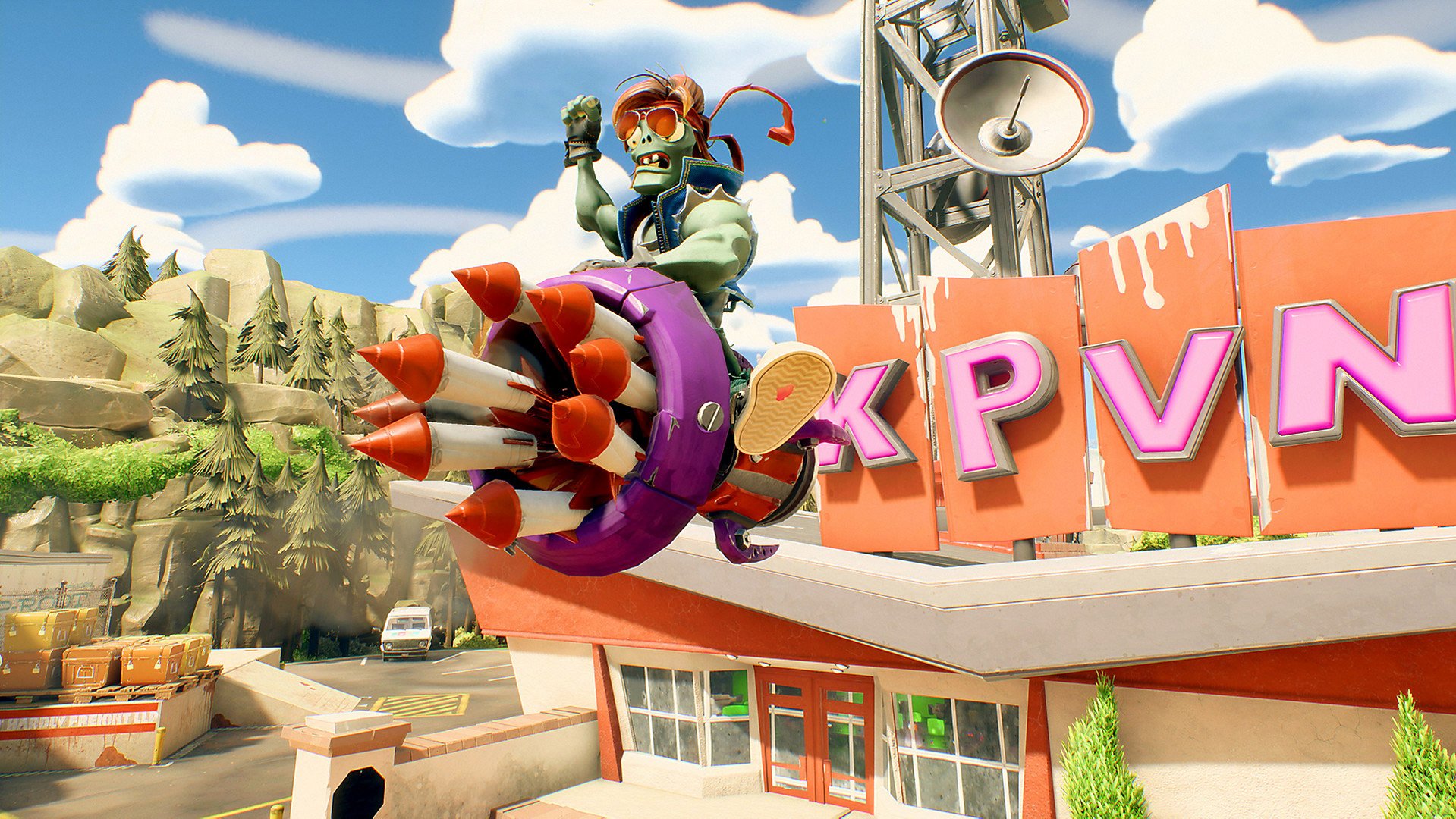 What’s the deal with Plants vs. Zombies: Battle for Neighborville? Where do I begin!

The follow-up to PopCap’s kooky team-based shooter series Plants vs. Zombies: Garden Warfare isn’t fully out yet – the launch is set for October 18 – but you can play Battle for Neighborville right here, right now, if you’re willing to open up your wallet. The “Founder’s Edition” is available across PC, PS4, and Xbox One, and it’s essentially a brief early access rollout before the finished game lands.

The idea is to release new content on a weekly basis until launch, at which point the price tag will be bumped from $30 up to $40, and PopCap Vancouver will take things from there. We’re currently two weeks into the six-week Founder’s Edition roadmap, and after spending a dozen hours with Battle for Neighborville, I have some stray thoughts to share. Is it worth jumping in yet? It depends.

As it stands, the main attractions are two PvE zones – the very on-brand Town Center, for plant players, and the camp-themed Weirding Woods for team zombie – along with a social hub, separate home bases for both sides, and a pair of PvP modes. Whether you’re playing solo or teaming up to explore and take on tough AI bounties in one of the open-world levels, Battle for Neighborville is an online experience through and through. Back at base, you can watch people spend their in-game currency to roll the dice on cosmetic unlocks, a concept I’m not thrilled about, even if it’s been done before. 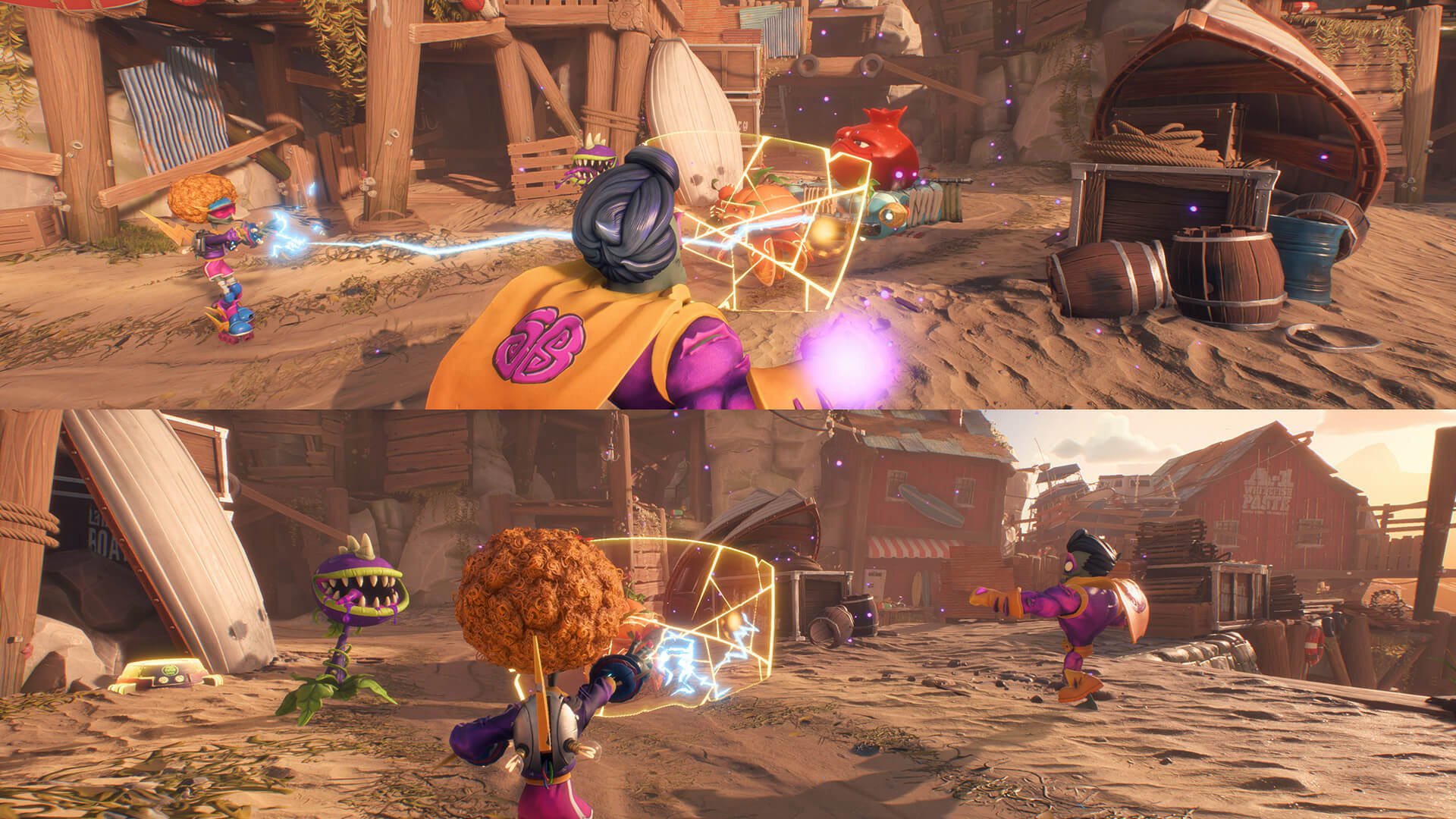 Garden Warfare 2 had open-ended spaces, but Battle for Neighborville feels like more of a conscious approach. It’s attempting to scratch that Destiny Patrol itch, albeit without incremental loot.

There’s an almost overwhelming amount of collectibles to suss out, from treasure chests to hidden gnomes to exercise tapes. (My inner Donkey Kong 64 fan is kind of in heaven.) As you poke around, you’ll face AI-controlled foes at regular intervals, to say nothing of story quests with a few genuinely neat boss fights and optional missions that mirror some of the past Garden Warfare modes.

So while there may only be two PvE regions to mess with, there’s a lot to sink your teeth into. 12 hours in, I still have a lot of secrets to uncover. Two more levels – the plant zone Mount Steep, and the zombie’s spin on Town Center – are scheduled for September 24 and October 1, respectively.

If you’re strictly into competitive multiplayer, heads up: you’ll only have access to the objective-oriented Turf Takeover mode and Team Vanquish right now. Other PvP offerings, including the 4v4 Battle Arena mode, are yet to come. There’s also the matter of game balance, something the previous titles struggled to consistently stay on top of. Battle for Neighborville is no exception – Night Cap, the new ninja class, is on just about everyone’s shit list – but I’m cautiously optimistic about the future.

Garden Warfare 2 leaned heavily into variant classes (in short: you could have a Fire Pea or a Rock Pea or a Toxic Pea, and so on and so forth), but they’re nowhere to be found in Battle for Neighborville. I liked the flexibility of that system, but the grind to unlock those sub-classes got out of hand, and I can only imagine what a nightmare it was to keep every variant of every character in check.

The new concept is much simpler, for better or worse. Characters are classified as attackers, defenders, or support, and you’ll equip perks to tailor them to your preferred playstyle. There’s a finite amount of perk slots, with each “upgrade” costing a certain amount of points depending on its potency, and you can unlock new upgrades by leveling your troops in PvE or PvP. As a healer main (hey, someone’s gotta!), I’m all about upgrades like Revive Reward and Vampire Flower that regenerate health when I revive teammates or deal damage. Some upgrades are general across-the-board buffs (one is a flat-out XP boost), while others affect individual abilities, allowing for a slight sense of personalization.

I’m not sure if this kind of approach will keep players engaged long-term, but if the trade-off is more characters and overall better game balance, I’m all for it. Speaking of which, the new roster feels at home in the Plants vs. Zombies universe. Characters like Acorn and Space Cadet can transform into powerful (but highly conspicuous) forms, and the fire-breathing Snapdragon puts in work. 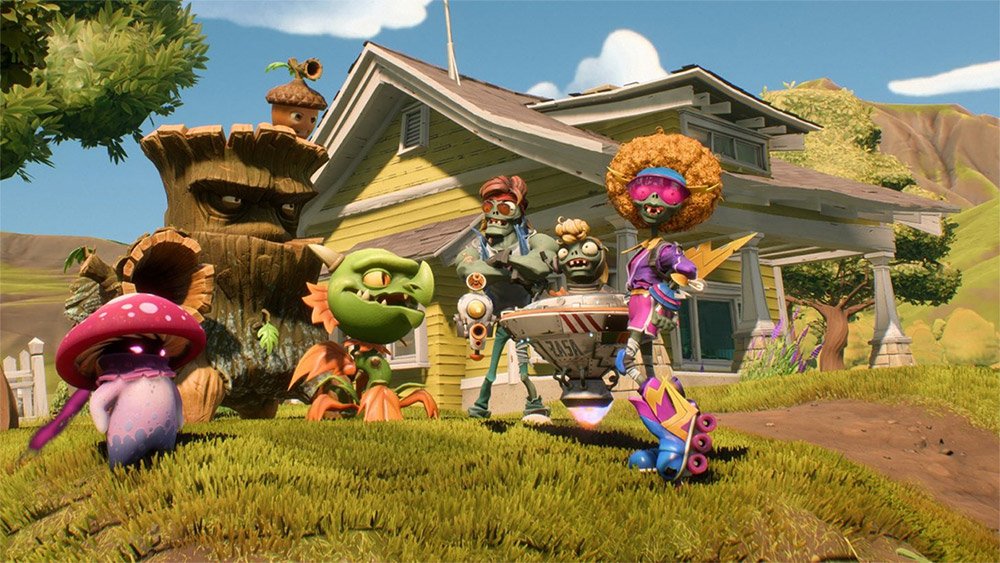 Aside from certain characters (mostly on the zombie side) feeling weak and a tad underwhelming to play as, I’ve also noticed some hit-detection issues – or at least the illusion that shots aren’t quite landing as they should. That haziness, combined with the all-around chaos of players slinging eye-catching abilities like there’s no tomorrow, can make it hard to get a read on the action.

These should be fixable problems. I wouldn’t recommend going for the Founder’s Edition if you never quite got Garden Warfare, but if this series is two for two as far as you’re concerned, by all means – save yourself ten bucks. Garden and Graveyard Ops are lined up for next week (September 17), and I feel like that’ll be more of a turning point. That said, there’s already plenty of stuff to keep you occupied.

[Update: It’s out of early access. Consult our Battle for Neighborville review for my expanded thoughts.]

[This impressions piece is based on the Founder’s Edition build of the game provided by the publisher.]