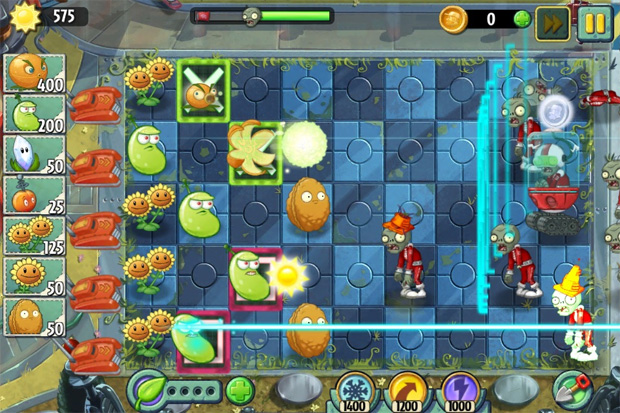 New characters on both sides

PopCap is releasing an update for Plants vs. Zombies 2 on iOS and Android today which adds a bunch of futuristic-looking plants and zombies as well as a new world map. Yes, there are lasers.

EA has run through a few of the additions in a blog post, such as Citron, Laser Bean, and Star-Fruits. The update’s Future levels will also introduce new undead, like Disco-tron 3000 and Mechs. We are literally fighting zombies in walking death machines now. War has changed.

Will this be enough to convince you to give PvZ 2 another chance? I’m debating that myself.