It’s About Time is literally about time

So remember in the first Plants vs. Zombies when you randomly found a taco? Crazy Dave immediately bought it off of you for 1,000 coins, and then he pocketed the taco to eat later. Well in Plants vs. Zombies 2, Crazy Dave finally eats that taco. The taco is amazing. It’s so delicious. It’s the best thing that Dave has ever ate.

The taco is so good that he wants to time travel five minutes into the past to eat the taco all over again. So you and Dave hop into Penny, the talking time traveling car, and proceed to time travel into the past. Unfortunately, something goes wrong and so begins your adventure.

The crazy premise leads right into the main adventure, where you’ll be taking on zombies in different eras of history. The core gameplay is still the same in that you have to collect sunlight and set down plants to take on hordes of zombies trying to eat your brains, but everything has been rebuilt from the ground up, from the art style to how much more life is presented in the characters. There’s twice the animation cycle, twice the framerate, and that same addicting, Plants vs. Zombies charm is ever present.

Everything is now presented via an overworld map, and world one is set during a different era. At launch you can expect an Egyptian, pirate, and wild west setting. More eras will be added post release, including a night time map that will bring back mushroom plants. 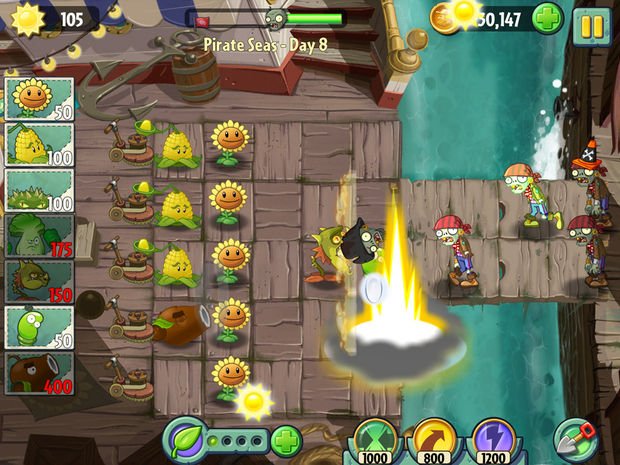 There will be an average of ten levels to play through on the main path, as well as additional paths featuring different game modes. PopCap found that people only focused on the adventure mode before, and they hope to expose players to other modes by putting everything right in front of players on the maps.

One example of this is with the endless survival zombie challenge mode. Each level gets harder overtime, and you’re able to reselect plants between levels. This is mostly for advance players, and a highly requested feature by fans. Plus levels will have three star rating objectives that becomes unlocked after completing the adventure mode. 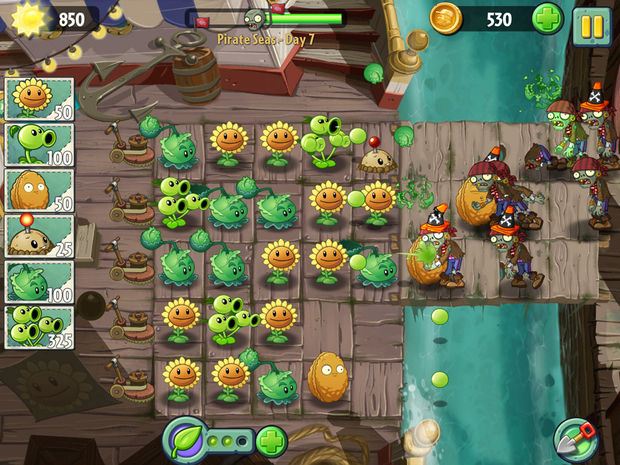 Everything is themed after the respective era, so in the Egyptian map the zombies are all dressed up like mummies, and zombies in the pirate era are all dressed up like pirates. Each era also offers a unique gameplay hook to the board. For instance, Egypt features graves that liter the map like the tombstones in PvZ. In pirates, zombies are boarding you via planks that tend to focus on only two of your lanes, but pirates can also swing across the gap between their boat and your space, or they can get dropped in via zombie seagulls. Wild West has the most unique element as there are mine cart tracks spread across multiple lanes. You can’t plant anything on the tracks, but you can on the mine cart which you’re able to move freely up and down tracks as needed.

There’s a bunch of new features for what you can do directly to fight back against the zombie terror too. There’s now plant food which you can drop on your plants to unleash a supercharged attack. Virtually all plants can be feed the plant food, save for ones like the cherry bomb since it explodes immediately upon use. So for instance, drop the plant food on a regular old pea shooter and he’ll spit out a barrage of peas in the span of a few seconds that will mow down zombies.

You can have up to three plant foods at a time, and it can be purchased with the coins you collect after defeating zombies and levels. Keep an eye out for glowing zombies too as they will always drop plant food when defeated. 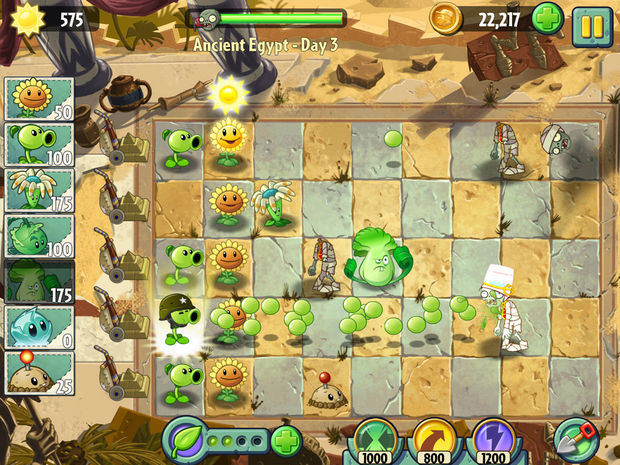 You yourself can get right into the fights now as you can directly interact with zombies with three specific finger attacks. Power pinch lets you pinch the heads off zombies. Power toss lets you flick up a zombie in any direction on the map, or just flick them straight off completely. Last, power zap lets you electrocute zombies to death by touching them.

There’s a time limit to how long you can use each attack, and you’ll have to spend coins in order to get more of these specific powers. It’s a cool addition and another thing that spawned off player feedback as people wished they could just reach right into the game. 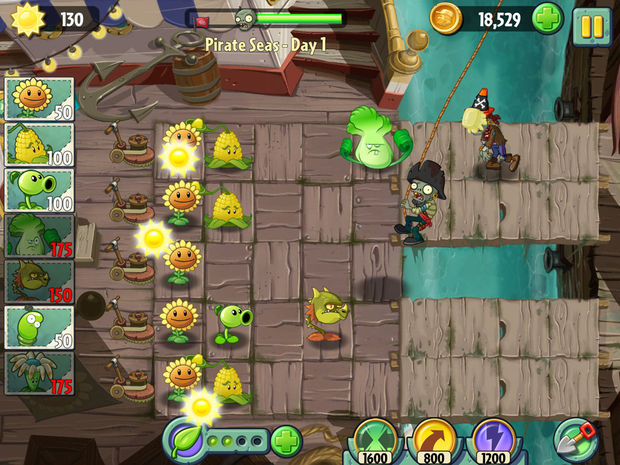 Lots of new addition, but what about the core experience? It’s all still so great. I was hooked immediately, and it was hard putting down the iPad during my hands-on time. Lots of old favorites are back for both the plants and zombies, but there’s plenty of new types too. There’s this peapod plant where you can stick it with a total of five pea launchers. Five! Then there’s the plant that will punch any zombies that gets close. On the zombie side, there’s a pirate bird that will lift your plants away. There’s even a zombie that will suck away any sunlight on the map!

Plants vs. Zombies 2: It’s About Time certainly took its time. That said, this is a total no brainer. It’s more adorable than the original, just as addicting, and offers a ton of fun. PvZ2 will be out on iOS devices first, with an Android planned down the line.