Those are some impressive numbers, free game or not

Hopefully given that market saturation of iOS devices seems like a given at this point, Popcap will soon open up the game to other platforms — specifically, Android as soon as possible. But whatever platforms Popcap decides to port Plants vs. Zombies 2 to, something tells me this isn’t the last we’ve seen of this franchise. 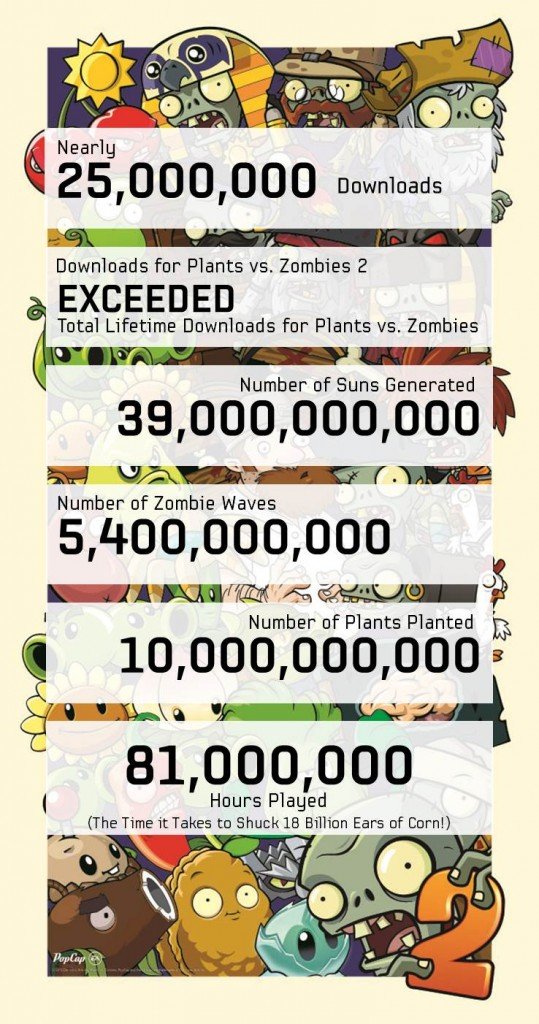