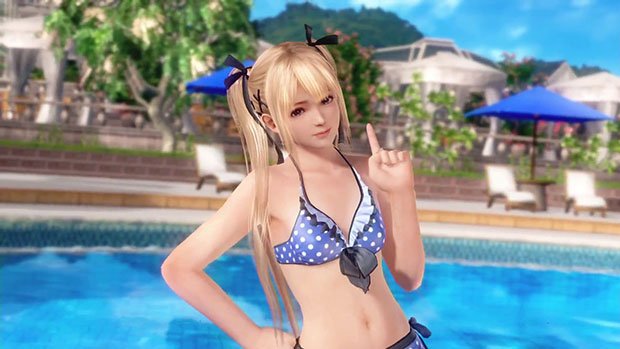 Are you a western gamer interested in Dead or Alive Xtreme 3? Well then you best get your ass to an import website because it doesn’t look like the game will be making it our way.

Even after the publisher said fan demand could prompt a localization of the game (that will already have English subtitles), the official Dead or Alive Facebook account poo-pooed the idea that it has plans to publish it outside of Japan and Asia.

I could understand there are a lot of reasons why that would be so. First, it can generally be said the games in this spin-off series are pretty goddamn terrible. Second, has any DoA Xtreme game sold that well? There are many reasons why the developer wouldn’t want to spend the cash to publish this in the West, which is why the excuse given on the official Facebook page just warms my heart.

Thank you, Koei Tecmo, for having the balls to say enough is enough when it comes to sexualization of women in the media, but also not having the balls to just not make the game in the first place. It’s nice to know you don’t want to subject people in the West to the horrors of pretty girls in bikinis playing terrible mini-games, but couldn’t give any less of a shit about subjecting people in the East to that kind of, oh let’s say, filth.

Sure, we could all be mad at the publisher here for making it more difficult and more expensive for us to buy a game it had no problem publishing in the West three times before, or the fact that this sudden realization that treating women like nothing more than sexual objects had no impact on them selling DLC for Dead or Alive 5: Last Round that is about as revealing as anything you’d find in this game. Sure, we could all get mad about that, but instead of getting mad at one publisher for a terribly written Facebook post, why not reward another that isn’t afraid to show a little skin? Surely there is at least one fan service-packed title published by XSEED, Altus, or any other small company that you don’t own yet.

We have reached out to Koei Tecmo for official word on this story and will update if and when it responds.