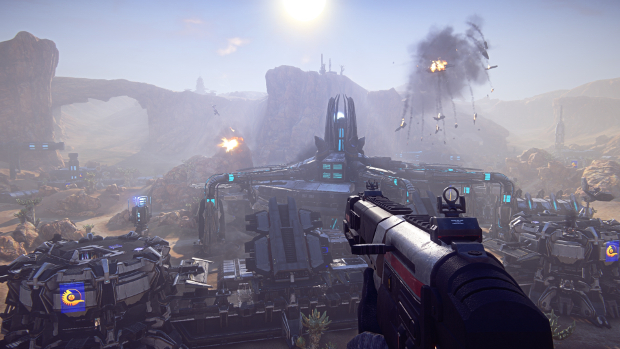 No PC and PS4 crossplay, but other things carry over

We knew that the PS4 would get Sony Online Entertainment’s DC Universe Online and PlanetSide 2. According to SOE President John Smedley, speaking to Bloomberg, “We’re helping the Sony PlayStation 4 launch on November 15 by releasing DC Universe Online at launch, and we’re following up that early next year with our next game, Planetside 2, on PS4.”

DC Universe Online hasn’t yet been added to the PS4 launch lineup as collected by the PlayStation Blog, but three titles have been confirmed and added to the day one list since it went up, so things are obviously still developing.

PlanetSide 2 is actually pretty great, with its occasionally jaw dropping scale. Add the fact the it will be the PC version on highest settings, and the PS4 has another good free-to-play title to pad out its library. It’s just too bad there is no crossplay with PC players.