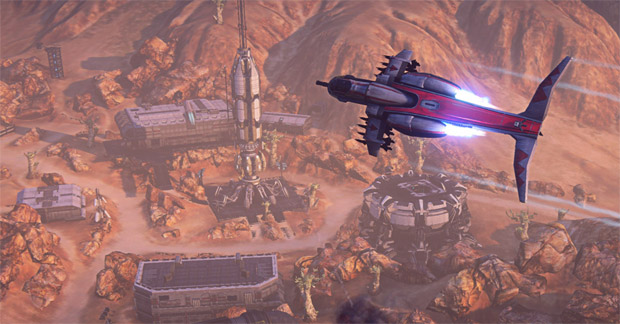 Year-long collaboration between SOE and MLG

Sony Online Entertainment and Major League Gaming have announced a new partnership to bring free-to-play MMO first-person shooter PlanetSide 2 closer to the latter organization’s audience of competitive gamers. In the coming months, they’ll be working together on game features to bring the title up to speed.

This year-long collaboration is said to “span all of MLG’s properties including original broadcast programming, online competition and presence at MLG events.” As such, viewers will eventually be able to catch PlanetSide 2 streaming at the official website and compete using MLG’s GameBattles site. The game will also be at the Winter Championship in Dallas, Texas this March 15-17.

While specific plans for the schedule haven’t been revealed just yet, it sounds as if SOE is committed to making this initiative a success in the long term. “We’re excited for this opportunity to work with MLG and are confident that their competitive gaming expertise can turn PlanetSide 2 into a premiere eSports platform,” said SOE president John Smedley.