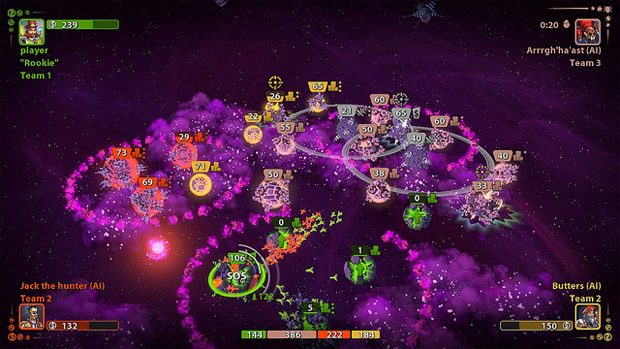 Become master of the universe from a safe location

Targem Games has taken to the PlayStation Blog to talk up its Planets Under Attack, which saw a console release today on PlayStation Network. It’s another one of those slimmed-down strategy games in the same vein as Eufloria.

There is something intrinsically satisfying about sending fleets off to distance planets from such a pulled-back perspective, so I hope this one turns out well. It’s certainly got a style of its own, but I didn’t get a real sense of how far the game goes. There is a mention of bosses in the original post, however — that could prove to be compelling if done right.

At any rate, there’s supposed to be a demo up on PSN as well and a Vita version of Planets Under Attack is planned. Might be worth a look if you’re into this subgenre.