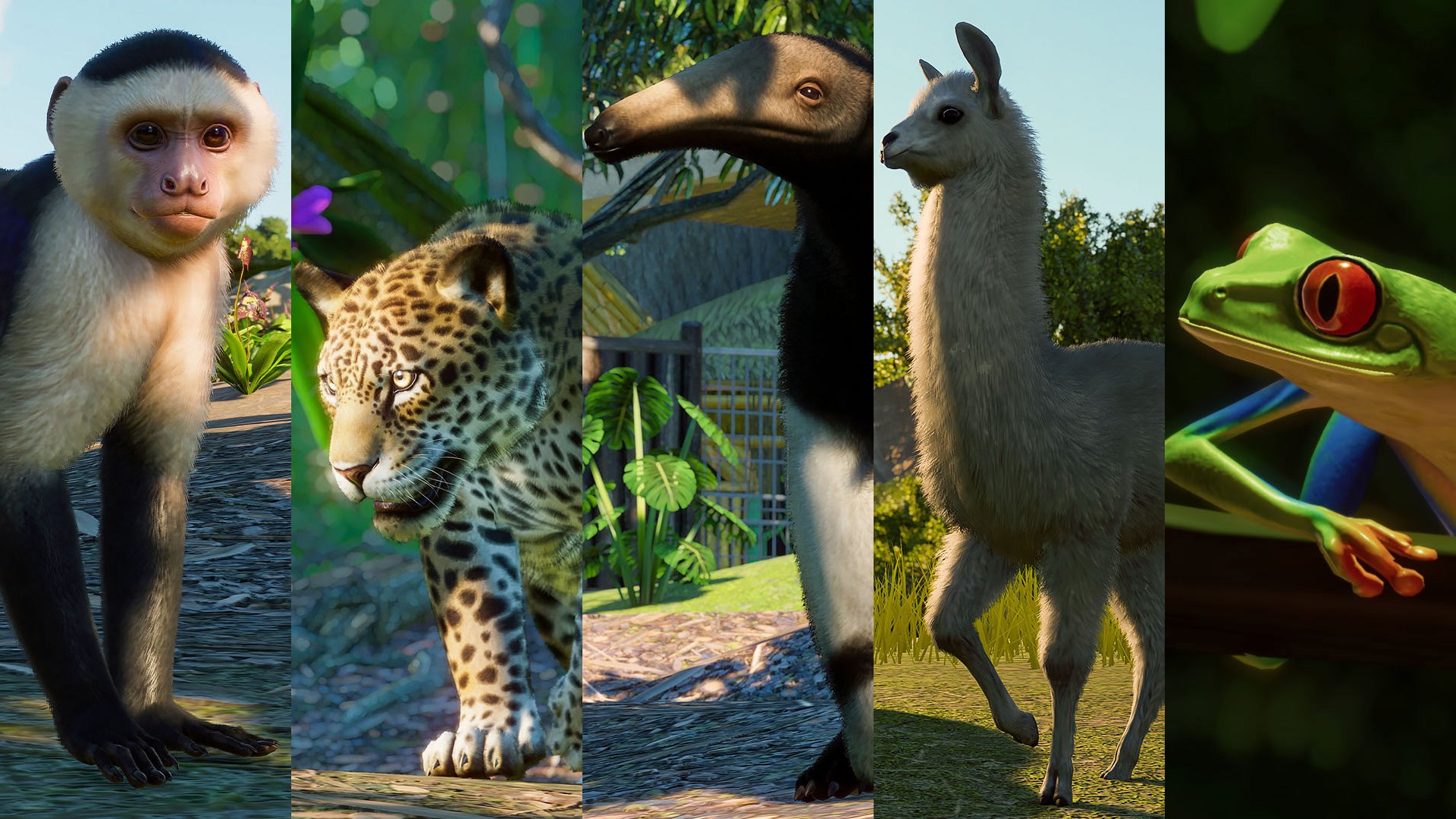 I’m making a beeline for the giant anteater

By now, we know exactly what to expect from Planet Zoo DLC – several new animals to care for and a whole lot of building, scenery, and foliage pieces with which to craft an extravagant themed zoo.

Today’s trailer isn’t exactly forthcoming, so here’s the rundown. The new habitat animals are the capuchin monkey, jaguar, llama, and giant anteater, the latter of which I’m already obsessed with. It looks magnificent. The South America Pack will also add the iconic red-eyed tree frog for exhibits.

Even if you’re planning to sit this one out (it might be best to wait for an eventual DLC bundle), April 7 is a date worth remembering. Frontier is also releasing update 1.2 on the same day. The free update overhauls the genealogy interface, attempts to stamp out the keeper feeding issues once and for all, and makes guest management and education more sensible, among other fan-requested changes.

I’m also glad to see that research will be shared across all zoos in Franchise mode.