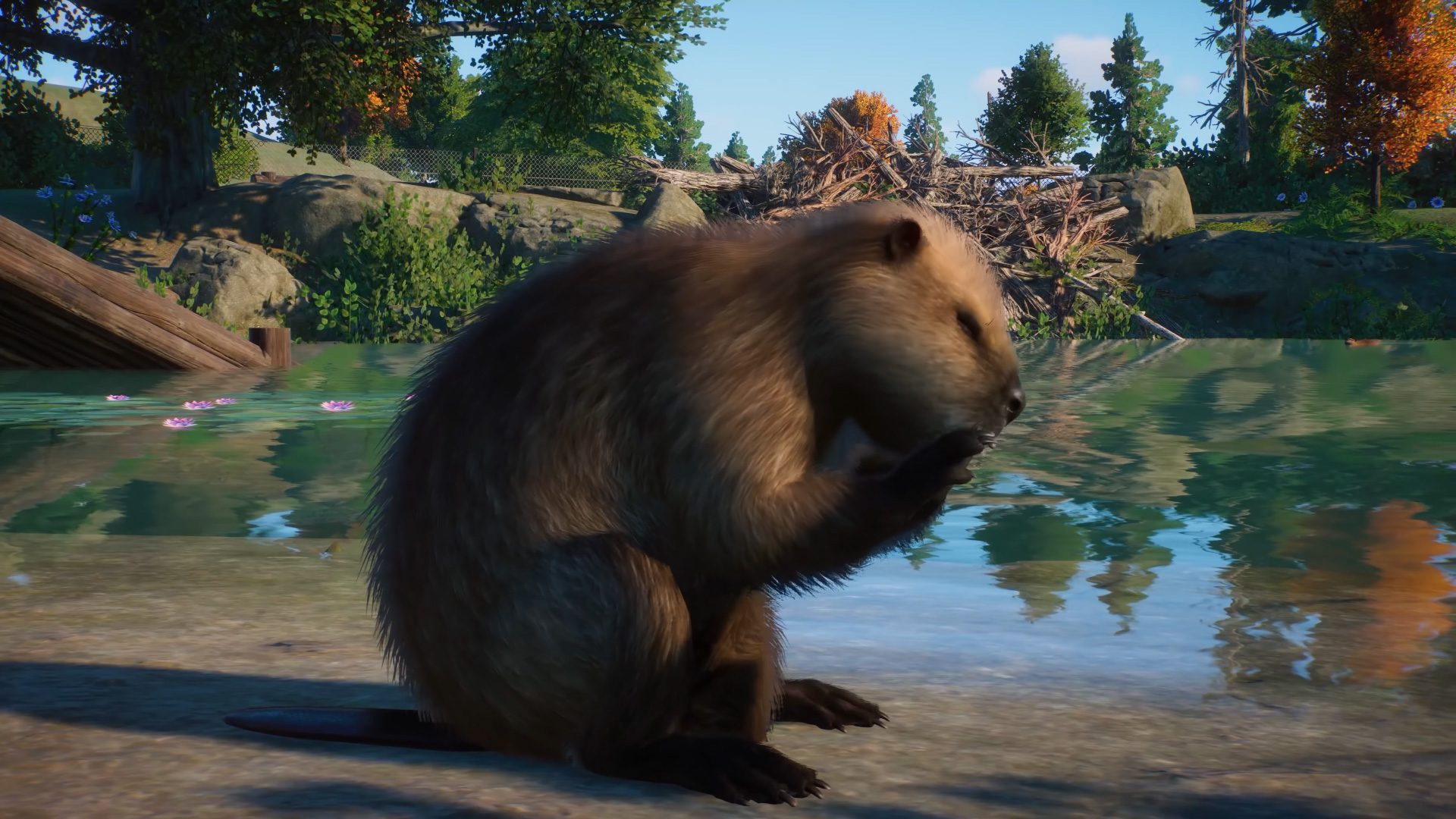 On the paid DLC front, this is another $10 add-on with seven fully roaming “habitat” animals — including one of my absolute favorites to watch swim around, the North American beaver — plus one new amphibian for stationary exhibits. The list:

This is one of the game’s most compelling DLC lists, for sure.

Aside from the wildlife, the Planet Zoo: North America Animal Pack also has a new scenario near the Blue Ridge Mountains, so if you’re the type of player (unlike me) who prioritizes custom zoo builds, you might be disappointed by the lack of new structures and plants.

What about the free stuff? Update 1.7, which also launched today, adds a height mapping tool used to “create your own custom Heightmaps via image files,” and here’s an example. There’s also a Terrain Type setting for the different biomes — look for the “sculpted” option if you want those pre-made Planet Zoo maps to have more dimension.

It’s a nice feeling knowing that the next time I go hard with an overly ambitious zoo built from scratch, I’ll have a bunch of these touch-ups waiting for me — and beavers!