The amusement park where nothing can possib-lie go wrong

From what I’ve played of Planet Coaster in its early alpha builds, I think the theme park sim has a sound foundation and Frontier is on the right track. As someone who has felt unsatisfied with the genre in recent years, that’s so heartening (to say nothing of other promising games like Parkitect).

This most recent trailer is further evidence that the developers get it. They know our dark secret. 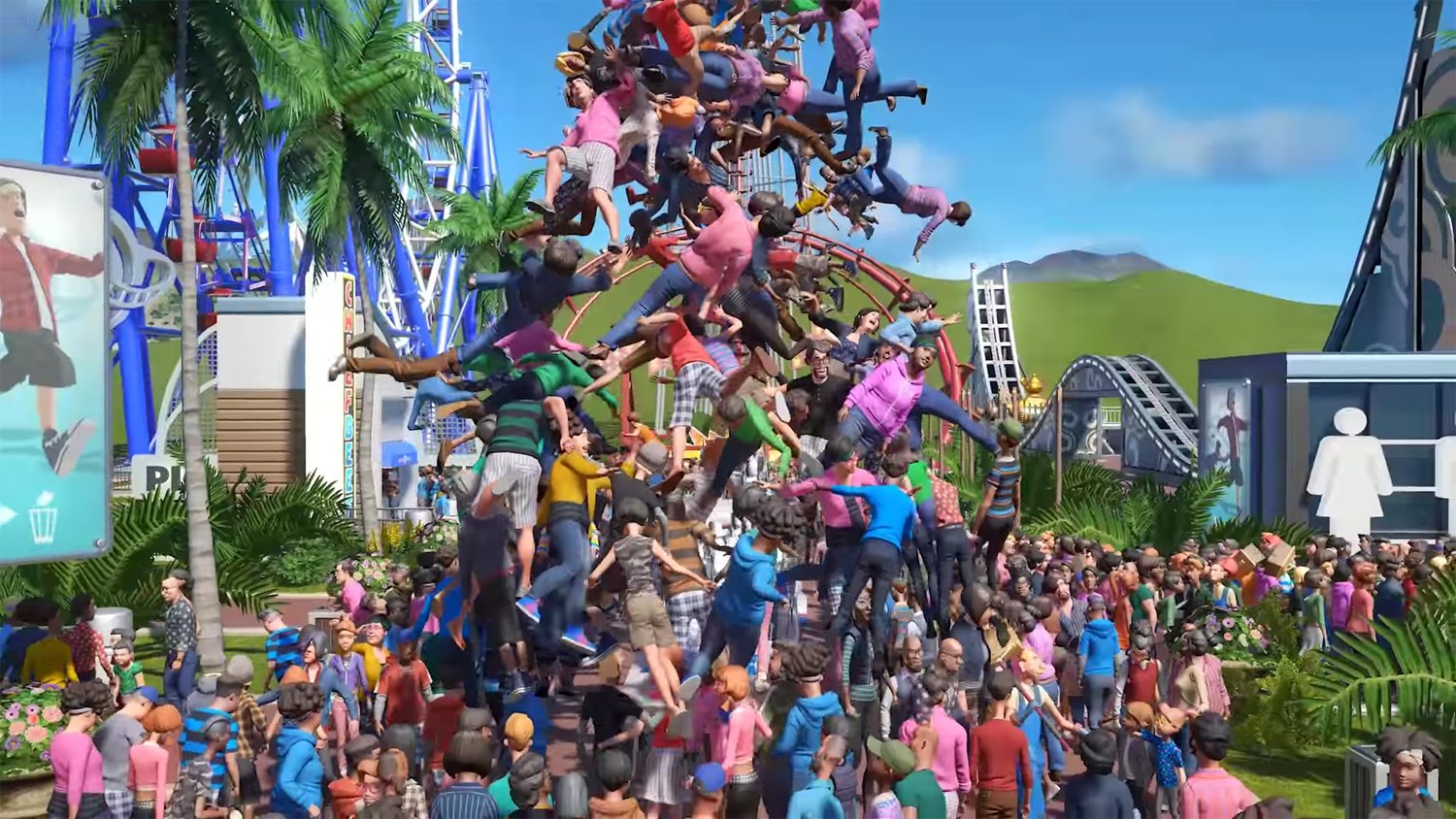 Let the bodies hit the floor.

Now, if only I could convince someone to create a new Zoo Tycoon-alike.