What I play when I’m inside your COMP

Okay, it’s high time I do one of these GOTY listicle things so I can move on with 2016 and go back to playing old stuff. Given I’m primarily a handheld player, I spend much of my time playing a decent mix of old and new games as well as re-releases, but worry not, console and PC friends, some of this stuff has emerged on your platforms in 2015 as well!

Maybe not Xbox One, though. And this is going to come as a shock to some, but there are no Atlus games on this list. I did indeed buy some 2015 Atlus releases, but I just wasn’t in the mood for traditional JRPGs last year, so they’re on the shelf for now. I’ve also skipped Persona 4: Dancing All Night for the time being.

With that aside, here are my portable gaming picks of 2015! 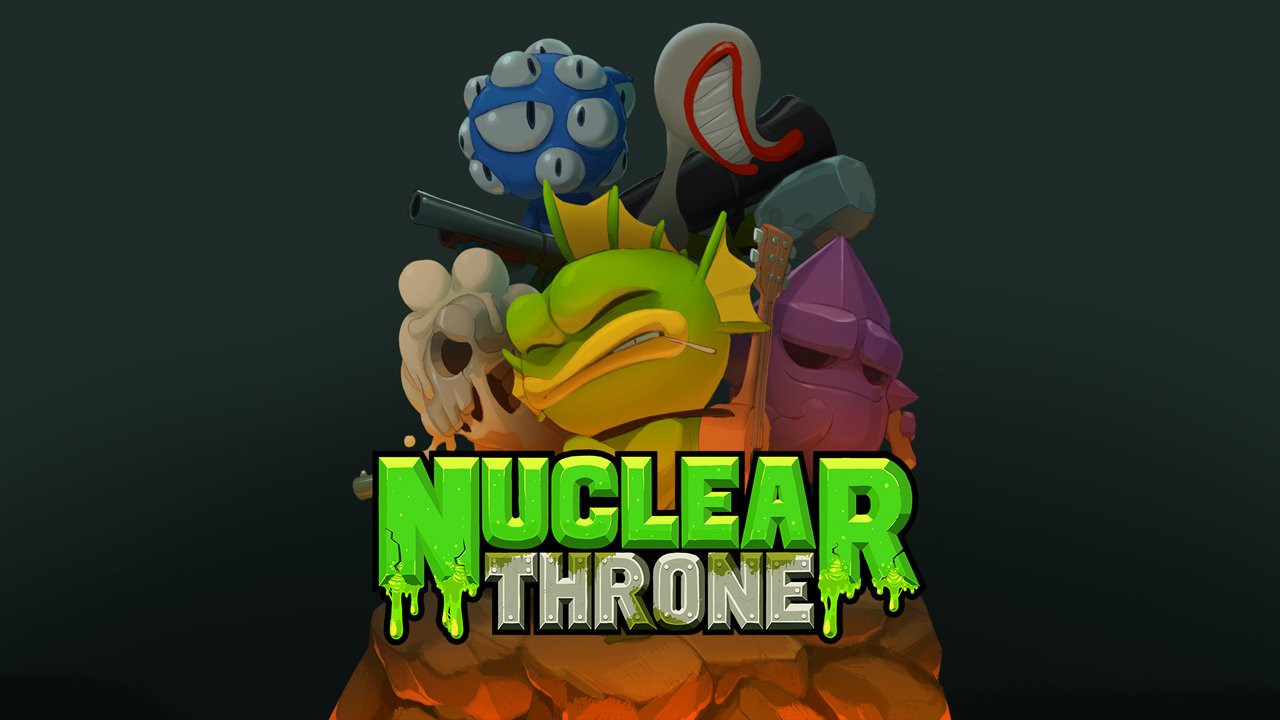 Two indie games I caught up on this year were Spelunky and Hotline Miami. They were the perfect preparation for Nuclear Throne, which is a post-apocalyptic, twin-stick shootin’ roguelike. Humanity is dead, mutants have taken their place, and they’re fighting each other to reach the titular radioactive seat… to sit on it, I guess.

I don’t know yet, because it’s hard to reach the throne, but I do know I love the fact it thrives on scraping by with what you find and each level is a procedurally-generated surprise.

Will I find a Pop Gun, Crossbow, the ammo-devouring Triple Machinegun, or a lame screwdriver? You play with the hand you’re dealt and pray that cute little mouse in the lab level doesn’t disembowel you. So if you like shooting literally everyone and perpetual failure, this is the game for you.

I give it four-and-a-half tentacled eyeball clusters out of five. 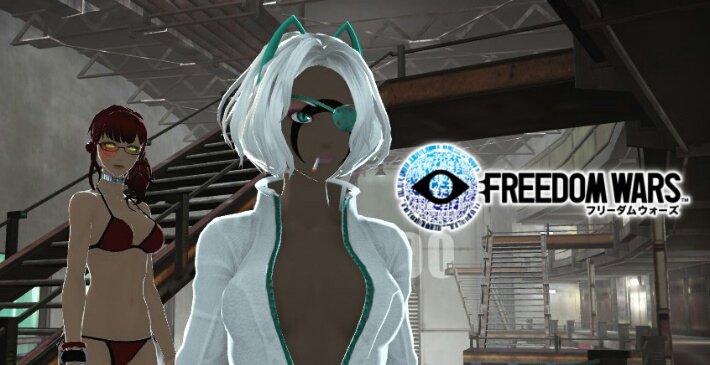 I might be fudging the GOTY terms with a late 2014 release, but anything from the “hunter” subgenre of action-based dungeon hacks is something you play for the long haul. I played Freedom Wars well into late summer 2015 and still pick it up from time to time because the almost endless character customization options are very addictive to people who live to accessorize.

Freedom Wars takes place in a post-apocalyptic (yes, again), totalitarian, socialist (okay, that’s different) prison-planet where rival panopticons are constantly warring over resources and kidnapping each other’s scientists so they can hope to rule the roost. You are a prisoner commonly referred to as a “Sinner” and your sorry resource-draining ass fell on your head and lost your memory. That’s a crime that adds one million years to your sentence. Thankfully they seemed to forget the years you were already serving simply for existing.

Fear not, though, your home panopticon cares and will set you up with your very own sexy android partner — known as an Accessory — to monitor your every transgression and punish you by adding more years to your sentence. You are expected to obey your Accessory, work hard for the glory of your panopticon, fight giant robots, rescue/kidnap citizens and build bigger, better weapons so you can earn privileges like laying down to sleep before you go out to smash giant robots and kidnap people again.

Work real hard and your Accessory might not sentence you to 20 more years for walking 20 yards away from it. Sadly, you can never fight for your right to party in the Beastie Boys sense, just group with other sinners online.

As gameplay goes, Freedom Wars eschews the eccentric control schemes of other hunter games for more traditional third-person combat and shooting. While Monster Hunter is still figuring out guns after several releases, Freedom Wars guns the way guns should gun.

Additionally, you get this neat grappling tool called a Thorn that let’s you latch on to walls, ceilings, and various parts of giant robots so you can ride them and saw off their limbs. This sense of vertical play and straightforward combat is a big part of what sets it apart from the pack, though it all sometimes felt like a minigame when compared to all the fashionable ensembles I create and frolic about in.

I give Freedom Wars five propaganda bears out of five. 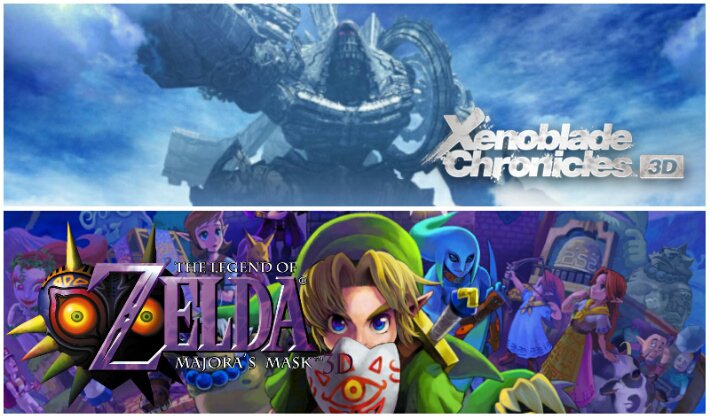 I’m going to stick these two together since they’re technically not new, but were re-released in 2015 with New Nintendo 3DS functionality. One of my favorite things about handheld games is not just that I can play on the go, but that they’re sometimes masterpieces from days gone by that remain breathtaking.

That all of Xenoblade Chronicles‘ amazing locales and MMO-styled combat appear on New 3DS intact is one of those things that convince me wizards and sorceresses work at Nintendo rather than just developers.

Granted, Xenoblade Chronicles was never Wii’s prettiest game as graphics go, but it was the art direction and level design that made it visually stunning anyway. Whether it’s stepping into Guar Plains, the mines beneath Colony 6, or inside Mechonis for the first time, New 3DS manages the vastness of these multi-tiered zones like a champ.

And Majora’s Mask 3D is a master class in how you approach remasters or remakes. Eiji Aonuma, his team, and the folks at Grezzo didn’t reinvent the wheel or chop a well-known game up into episodic bits to rush it out the door — they simply kept what went right with Majora’s Mask and addressed what went wrong.

The eyesore of a clock was changed to a timer that gave players a better idea of where they stood in their current objectives. A quest journal was added so you could track the various needs of the citizens of Termina. And, most importantly, the game pointed out and taught the player the backwards Song of Time sooner so they knew the three day time limit was never as oppressive as a misinformed internet said it was sixteen years ago.

That, updated graphics, and second analog stick support, too. Some people (SQUARE ENIX) could stand to learn from from this game. Or just look back at how they did things before their slipshod mobile ports.

I give these two games five weird but fantastically functional New 3DS analog nipples out of five. 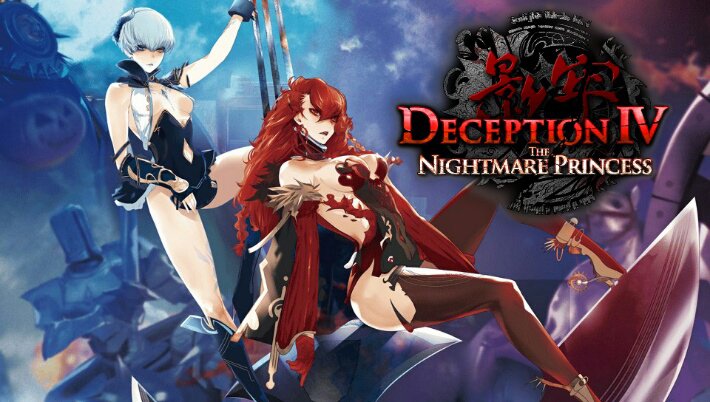 Well, Deception IV: The Nightmare Princess is the updated version of the strategic puzzler Deception IV: Blood Ties, and it scratches that itch perfectly.

Velguirie is the star of this version. Unlike Laegrinna’s Blood Ties campaign, Velguire has the ability to kick and stomp her enemies, letting her set them up for more punishing trap combos.

Her campaign is also comprised of what are more bite-sized quests than the full chapters you experience as Laegrinna. I prefer this structure to Blood Ties’ chaptered levels since you can hop in, hop out, and feel like you got something done.

TNP also sports a better tutorial, loads of unlockable traps, enemy costumes, and Deception Studio, which lets players craft and customize their own quest scenarios to share with others on PSN, allowing for even higher replay value.

You can’t construct your own levels, but the beauty of the game is it encourages you to think about level design and physics more critically than something like Super Mario Maker. I went from using very basic line combos at the start to spacing traps out to include stage traps and have traps like boulders and wall nudging to play off the stairs in a level to get the most out of the boulder I dropped on some fool.

Because it’s one thing to crush someone once with the boulder, but far more satisfying when it rolls back up and back down the stairs, crushing them two more times before you hit them with two swinging axes so they fall onto the bidet that launches and locks them into a pillory so they can get hit by a train.

Tom and Jerry ain’t got nothin’ on me,

I give Deception IV: The Nightmare Princess five flaming boulders running over five Knights stripped down to their skivvies and then I drop a column on them. 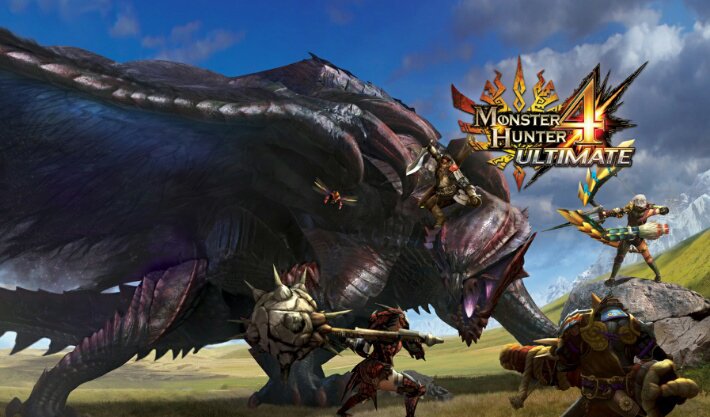 How do I gun? Monster Hunter 4 Ultimate still isn’t quite sure even with access to a second analog stick, four shoulder buttons and three targeting systems on New 3DS, but the game is pretty great otherwise and far more palatable than its predecessors.

It’s really that this entry has better pacing, a more vibrant world, and entertaining characters. Past games just threw you at MonHun‘s world with minimal instruction and expected you to figure out its obtuse ways mostly on your own. That isn’t fun without friends, especially when you play solo a lot and also when ranged weapons operate as gracefully as a crane at a construction site.

MH4U not only informs the player better, but manages to entertain with its characters as they help you acclimate to gathering resources, crafting, tracking monsters, and using the various weapons at your disposal. Plus, to make things more fun for those flying solo, you are given the ability to take up to two Feyline buddies with you. They can help hunt, gather, buff, and heal you, too! They are useful cats.

But really, I just do all this hunting in hopes the lovely Guildmarm will notice me. She’s so dorky and cute. It’s like she’s Bayonetta’s clumsy bookworm of a sister.

The world is still as fierce as it was in the previous games and bursting with content, but it’s nice they didn’t just throw you to the wolves this time.

I award Monster Hunter 4 Ultimate four and a half Unique Mushrooms and the hides of several Kecha Wechas. And some Malachite ore. Also some jumbo monster bones.