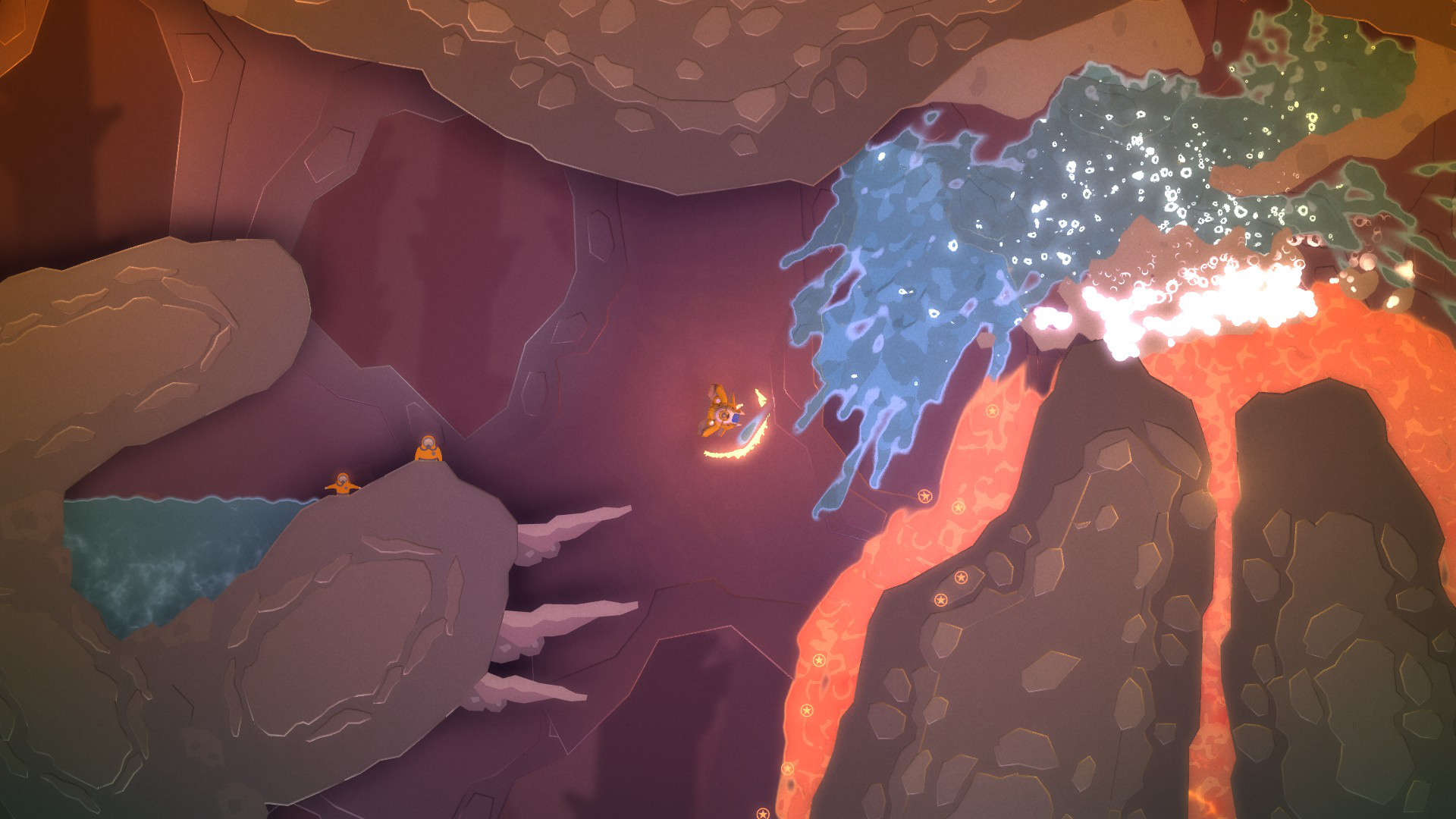 This package repurposes Q-Games’ darling twin-stick shooters into a cohesive, singular experience with an optional new visual style and improvements to scoring and treasure tracking. At $8.99, it’s a good buy. These games are great! But Ultimate is even cheaper with loyalty coupons.

Folks who own PixelJunk Shooter on Steam will get a 20% off coupon (and that save data is compatible with Ultimate). There are also 5% off coupons associated with the other PixelJunk titles on Steam. So, if you own Monsters, Eden, and Nom Nom Galaxy, you’re looking at an additional 15% off. These discounts stack, but they only last until November 3.

It just hit me that I never finished Ultimate on PS4. We’ll have to do that after Yoshi’s Woolly World.