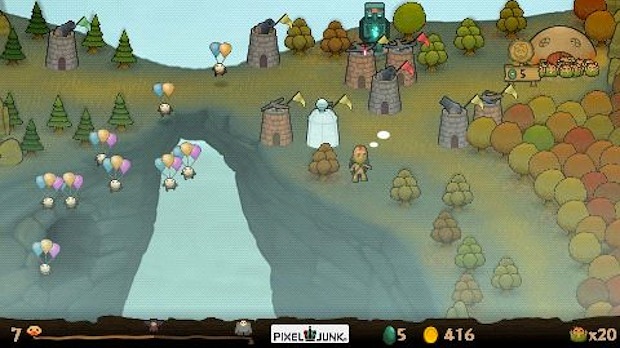 If Q-Games’ Dylan Cuthbert was sincere in a recent string of blue tweets (spotted by VG247), there’s a chance we might not see another PixelJunk videogame on the PSP. The president of the PJ studio recently commented on piracy of his game, openly questioning the fate of the series on the handheld if sales don’t hold up because of theft.

And you thought the reason would be tied to the irrational fear of sliding faceplates (slidoffaceophobia), right?

“I don’t think we’ll port anything else to the PSP,” he tweeted, “we have to see how PMJD [PixelJunk Monsters Deluxe] does as there’s a lot of piracy.”

Later in another tweet, Cuthbert remarked that it was a “shock” to hear people talk openly in a chatroom about pirating his studio’s game. “Yep,” he said, “it was a shock to login to a PJMD chat room and hear them talking about how they were all playing ripped versions … “

Let’s hope the piracy isn’t as rampant as Cuthbert seems to expect. The PSP needs more solid titles like a Pixel Junk, especially from the golden loins of a great developer like Q-Games.