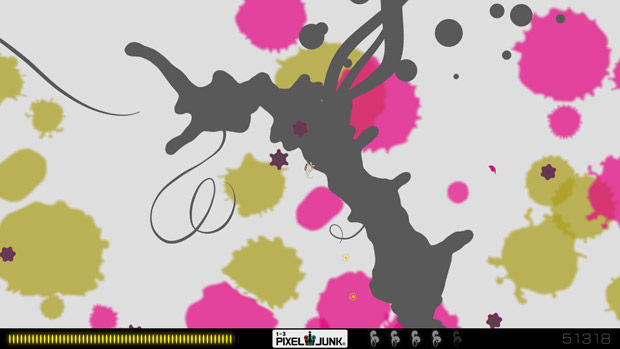 I was starting to think the PixelJunk series would never end up on Steam. Not so! Q-Games has announced a new version of PixelJunk Eden, due out on February 2.

This release includes the five levels from the “Encore” DLC and “re-tuned everything from the controls to the enemies.” Players can now warp back to their last resting position at the cost of some energy, and collecting the Spectra doesn’t have to be done in one sitting.