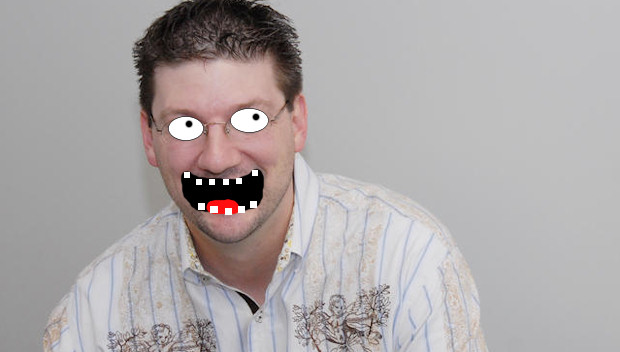 Mad Randy’s at it again! Gearbox Software boss Randy Pitchford, after implying that Valve’s Steam service is a conflict of interest, has criticized Valve once more, this time because the studio doesn’t work with the PlayStation 3. He really goes for the jugular this time.

“I noticed something on the net not too long ago. Doug Lombardi had to take a swipe at the PS3 again, and I thought it was foolish,” Randy tells Official PlayStation Magazine. “I read it the same way I read fanboys. Like there’s a guy who bought the Sony platform and he’s a Sony guy, so he decides he’s going to spend a certain percentage of his time bashing Microsoft. And there’s a guy on Microsoft doing the same thing. Those guys are childish and narrow minded, it’s the same kind of thing.”

Pitchford also brought up Steam again, with harsher words than last time: “Valve think their own stuff is the only stuff that matters, to the point where they have their own distribution platform. It’s like, I don’t care about retail, about Marketplace, or PSN, I’m going to have Steam. It’s cool, it’s good, and they’re doing a good job but at the same time they’re reliant on the rest of the world. They had to do that deal with EA. When I see the L4D ad on the television I don’t see a Valve logo, I see an EA logo, and when I bought it, I bought it at a store.”

I’m amazed that an industry representative, a studio president at that, would slag off a peer and distributor  so heavily and so personally. I love both Valve and Gearbox, but damn son. Randy’s savage.