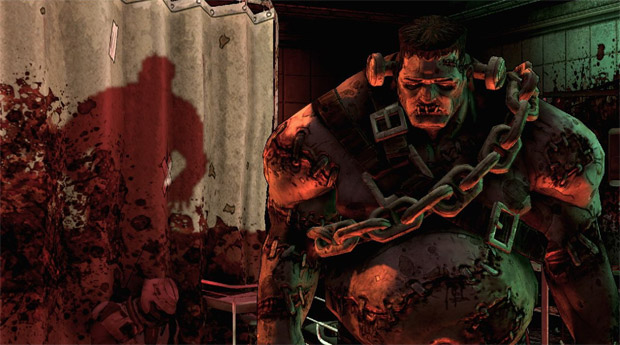 There’s an interview with Gearbox’s Randy Pitchford up on Game Informer an–actually, it’s not so much an interview as it is him telling us everything we want to hear and so much more. Seriously.

For starters, the question of future add-ons increasing the level cap for Borderlands was raised. “We’re working on it. I would not be surprised if we are able to offer that in the future, but at this point I can’t make any promises.”

But what about some method for storing guns beyond our character’s inventory? “We know that some people are interested in that, and we’re working on that,” says the Gearbox president and founder.

Wow, really? Alright, here’s a good one. The main storyline for Borderlands was sort of, well, it was practically non-existent. That can’t possibly be addressed in “The Zombie Island of Dr. Ned,” can it? “In some cases,” says Pitchford, “I think the story [in the first DLC pack] is more cohesive and stronger than the main story in Borderlands.”

Okay, you win. I’m going to go ahead and shut up now.