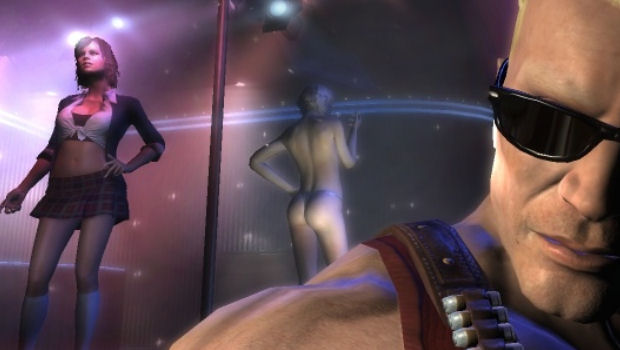 There’s no doubt that Duke Nukem Forever is going to upset some people. In a world where you can’t even make a joke that happens to have the word “rape” in it without someone throwing a hissy fit, a game in which a musclebound meathead objectifies women is sure to set off some alarms. Gearbox boss Randy Pitchford, however, thinks that’s a good thing.

“I’ll tell you what, if some feminist organisation that is doing a great job advocating women’s rights worldwide, which I think is really important, can get some advantage by using Duke … go for it,” he said. “How is there a downside for humanity? Go for it. Take it. Use Duke. That would be awesome.

“If anyone can better our world through the use of anything, and if Duke is a tool to help them do that, that’s fine. The people that are entertained … The choices people make are their choices.”

Pitchford added that Duke isn’t a misogynist, but a hedonist, saying that he’s a selfish man who uses anybody for anything, and that includes treating women like sex objects. He explained that Duke Nukem Forever is satirical, emphasized by the fact that men get turned into pigs by the alien antagonists of the series.

Seems like a roundabout way of saying “haters gonna hate”, which is what I’d have said.

Personally, I think words like “misogynistic” are getting thrown around so much online that their true meanings are starting to get devalued. They get slapped on videogames, movies and individuals almost like a weapon, an insidious exploitation of emotionally-charged labels in an effort to bully people into keeping their mouths shut. It doesn’t matter if it’s a harmless joke or not, everything gets tarred with the same brush, and I think it makes a mockery of serious hate issues.

That, to me, is more harmful than any fictional character doing imaginary things to a not-real woman.