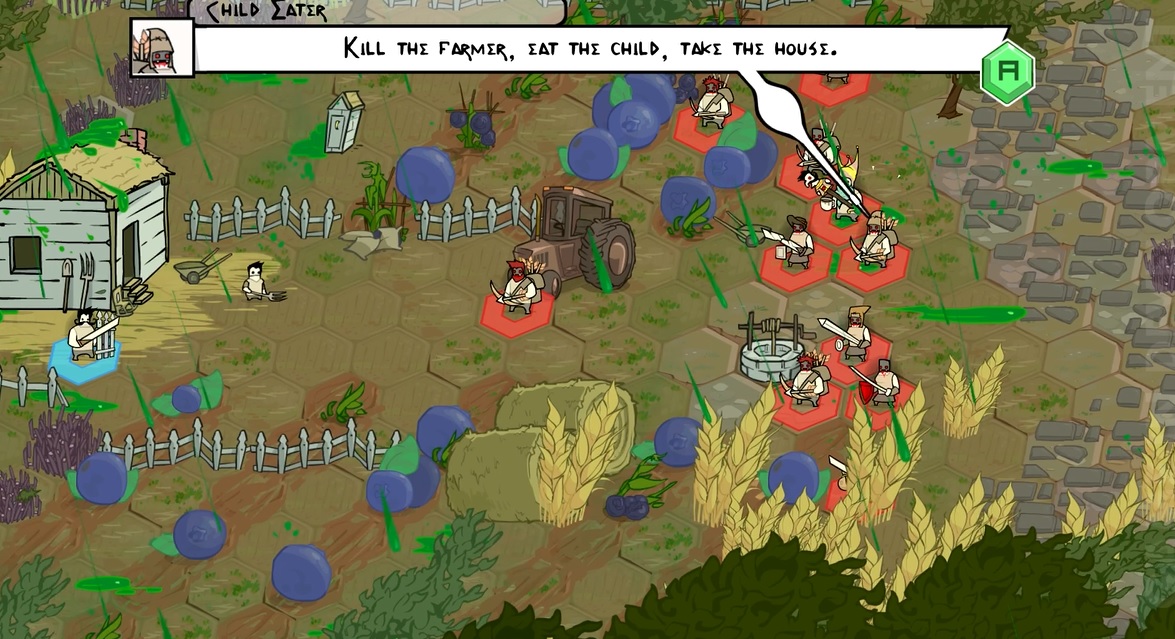 I wasn’t all that interested in a strategy game from The Behemoth. They generally excel in more high-octane twitch genres, so when they decided to branch out with Pit People I was lukewarm to the idea. But after playing the beta that was unleashed last night, I’m not all that worried.

I dig the simplistic combat system that’s mainly based on positioning. You have the Fire Emblem style counter mechanic, with characters that sport shields blocking arrows and maces countering helmets, to name a few. It’s also wacky as hell, with one of the best soundtracks and presentations to date from Behemoth. At times it tops the Hatty Hattington madness from Battleblock Theater — mainly because of the asshole narrator.

Watch the first 15 minutes for yourself below! It’s slated for the PC and Xbox One platforms at some point, but there’s no release window in sight.