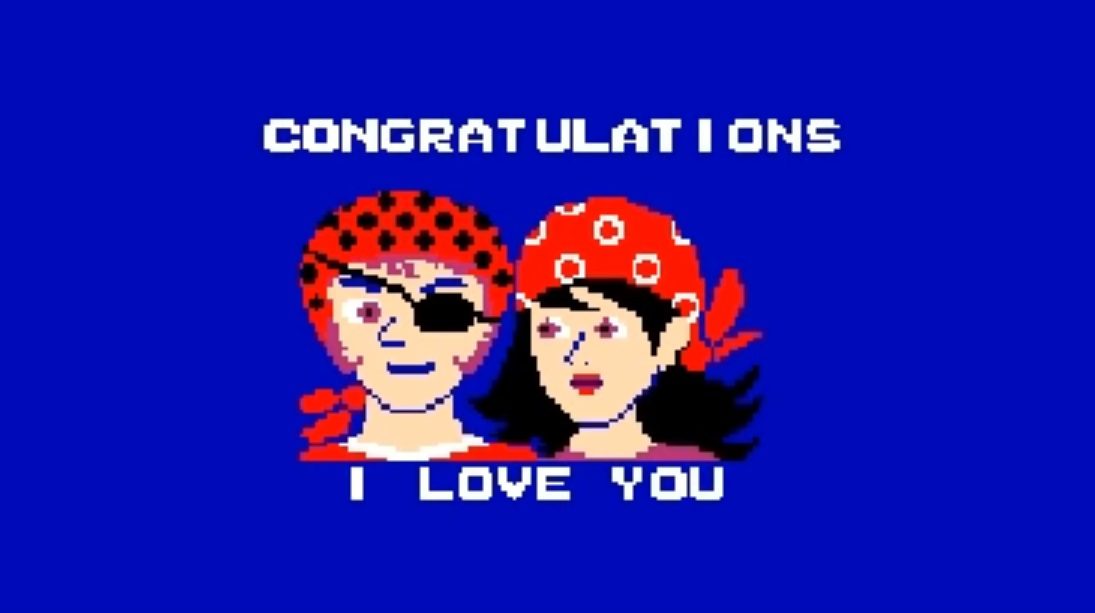 Do what you want ‘cos a pirate is free

Vintage gaming fans would be forgiven for thinking this week’s Arcade Archives release looks a mite familiar. Now available to download on PS4 and Nintendo Switch, Taito’s Pirate Pete bear more than a passing resemblance to an earlier Taito release. Perhaps the first-ever example of a video game remake? Not quite. The truth is simpler… and more litigious.

Released to arcades in 1982, Pirate Pete is a reworking of Taito’s own Jungle King, which hit the scene earlier that same year. Unfortunately, the estate of Edgar Rice Burroughs took issue with Jungle King‘s vine-swinging, loincloth-wearing, war-cry yelling hero, and the lawyers came a-knockin’ at Taito’s door. Taito would relaunch the game as Jungle Hunt, replacing the main sprite with that of a colonial explorer. Later in the year, Jungle Hunt would be further re-skinned, keeping almost identical gameplay but changing out the setting entirely. Thus, Pirate Pete was born.

You can check out the action in the video below, courtesy of YouTuber retrogameclips.

Much like its jungle-based brethren, Pirate Pete features four distinct stages, which see our hero swings ropes across a galleon, battle sharks in the deep blue sea, perform a mad dash up a landslide, and finally face off against a rogue group of swashbuckler, ultimately saving a lovely damsel-in-distress from… erm… being cooked in a pot (the only anachronistic holdover from Jungle Hunt‘s questionable “natives”). Saving the girl and the day awards the player with an 8-bit kiss and a declaration of love. A far superior ending to The Last of Us Part II, I’m sure you’ll agree.

Pirate Pete is available to download now on PS4 and Nintendo Switch, priced at $8.