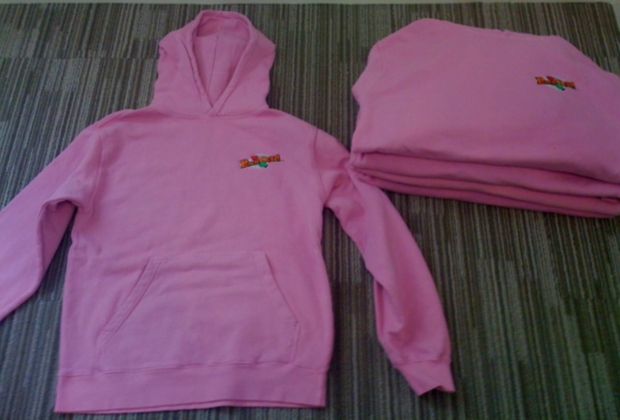 I am literally livid with myself for not knowing that these existed before today. Evidently Nintendo was giving away pink Punch-Out!! hoodies just like Little Mac wears at the Nintendo World Store in New York yesterday. Now I live in DC, but had I known they were doing this I would have driven all the way up and back in one day to secure one. I didn’t know awesome was a fabric until I saw this.

The hoodies went out to winners of the Punch-Out!! challenge at the New York store and if I ever see someone wearing it on the street I’m going to rip it off their backs shouting like a mad man. At the moment the only person I know of who has one is Brian Crecente, meaning he’ll need to watch his back at E3.

To all those naysayers out there who don’t think men should wear pink I offer you this: Little Mac knocked out Mike Tyson and every cultural stereotype known to man. Little Mac wears pink. Nuff said.