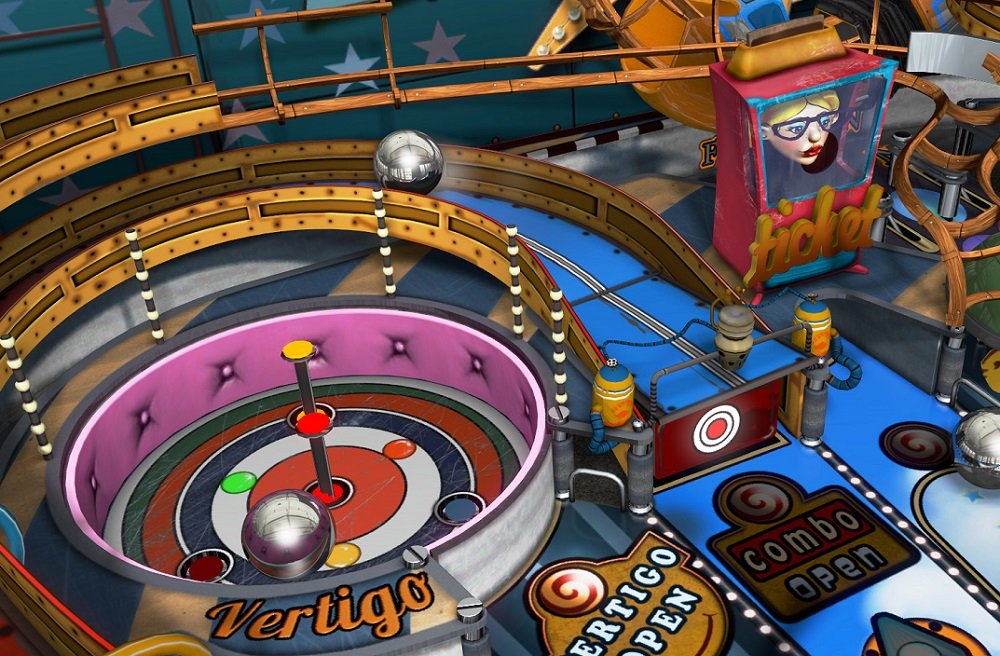 Adventure Land takes you on a trip to the carnivals of your dad’s Good Old Days, featuring a design based on classic rides and sideshow attractions. Though Zen have intended Adventure Land to be a more stripped-down “classic pinball” affair, it’s still amusingly optimistic in its layout and design.

The Son of Zeus table features a first for Pinball FX, variable weather conditions, as Hercules takes down mythological creatures and legendary monsters, such as the Hydra and Medusa, in a quest to get to the top of Mount Olympus and prove himself the big boy on the block.

Both tables can be downloaded on all formats gratis, provided you grab them before December 19. As a card-carrying pinball player/owner, I’ve been a fan of Pinball FX for a decade, and hope they will continue to produce their brilliant, imaginative, physics-defying designs for years to come, even if some of them do feature some of the most unintentionally hilarious celebrity impersonations ever performed.

Pinball FX3 is available now on PS4, Xbox One, PC and Switch.