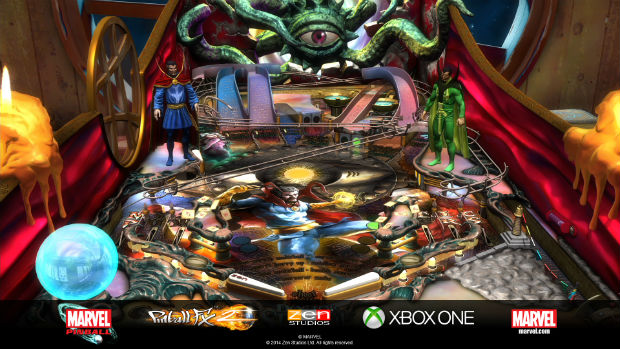 Time to play with some balls

Pinball FX2 is finally available for Xbox One, so go out there and grab it. The game’s been lovingly ported and runs in 1080p at 60 frames per second. The front-end is available to download for free as it is on the Xbox 360 and includes the Sorcerer’s Lair table.

Those players who have purchased tables on the Xbox 360 have the option to transfer them to the Xbox One version. If you’re a pinball wizard (and you know the words to the song) you can’t go wrong with this game, which features a plethora of painstakingly-crafted tables and even after four years is still supported by its developers.

So, yeah. Get your pinball on, dudes.

Pinball FX2 is Now Available on Xbox One [Major Nelson]