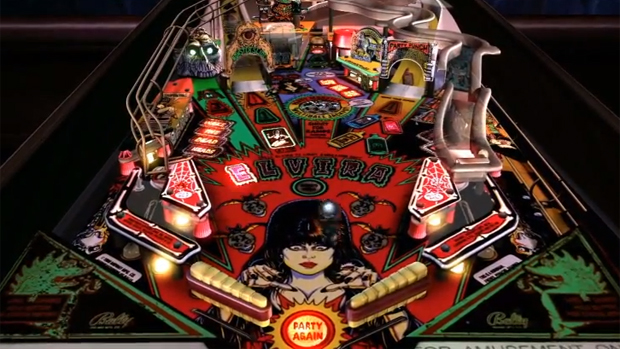 I love Pinball, as I’m sure readers of this blog are well aware. I’m also deeply affectionate for the Mistress of the Dark, Elvira, late-night spookshow queen of the eighties and nineties. So, it’s no surprise that I’m highly interested in picking up the latest release to The Pinball Arcade on PS3, as it brings the 1989 classic, Elvira and the Party Monsters table to their library of original machine simulations today as part of “Table Pack 6.”

Better still, the gang at FarSight Studios also secured the rights to release the second Elvira-themed table, Scared Stiff, which will be arriving in the next DLC release, “Table Pack 7.”

I had resisted buying in to Pinball Arcade simply on the basis that I have plenty of pinball on my plate already, but this is the last straw. These Elvira tables are incredibly fun to play, particularly Scared Stiff. I can’t get enough of that shaking crate. Consider me sold.

Party with Elvira in The Pinball Arcade Tomorrow [PS Blog]