Part one launches this year

As one of Obsidian Entertainment’s most ambitious titles, Pillars of Eternity earned a lot of respect from fans of the genre. The developers found great success in returning to their roots, and they’ve got more in store for their epic fantasy universe with new content on the way. It’s starting off with an upcoming multi-part expansion that aims to open up the landscape.

Prior to an announcement at the PC Gaming Show during E3, Obsidian gave us a peek at the first part of the expansion and what players who’ve invested countless hours into the base game can expect. As a return to form, Pillars of Eternity aimed to be a throwback to the hardcore CRPG titles of yesteryear, and with The White March: Part 1, the studio plans on taking things much further.

In the expansion, the player character and their allies come into contact with the mayor of Stalwart, who seeks their help in dealing with an encroaching force upon their land. A once great fortress has been long abandoned, leaving all its riches untouched. The mayor wishes for the heroes of Caed Nua to travel through the dangerous mountains of Durgan’s Battery to retake it. Venturing to the new area of The White March, a snow-covered land with relics to uncover, players will come into contact with several new characters and foes that may help or hinder their quest to retake the mountain.

During our presentation, we got to see just what sort of trouble your group of adventurers can get into. For those wondering, the new content becomes available once you’ve acquired your own stronghold, and from there, you can engage in the expansion’s content at any time. Taking inspiration from Icewind Dale, a classic CRPG title, the developers at Obsidian wanted to include a vastly different setting to go along with the big jump in difficulty.

Along with the higher level cap (raised to level 14) and new weapons and armor, there are two more companions to join your merry party. The first is Zahua, a drug-addicted monk who possesses powerful unarmed melee attacks that can make quick work of foes, and the Devil of Caroc, a construct made of pure copper who uses stealth and agility along with rogue abilities to get the jump on the enemy. Moreover, there’s a new system, multi-class talents, allowing characters to spend points on abilities from other classes to develop skills in areas they couldn’t previously.

There’s a stronger focus on building characters this time around, and it’s clear the developers want players to have more freedom than before. To further illustrate this, the scripted story moments (shown in D&D-esque story prompts) now offer far more options than in the original and each one gives a different result. 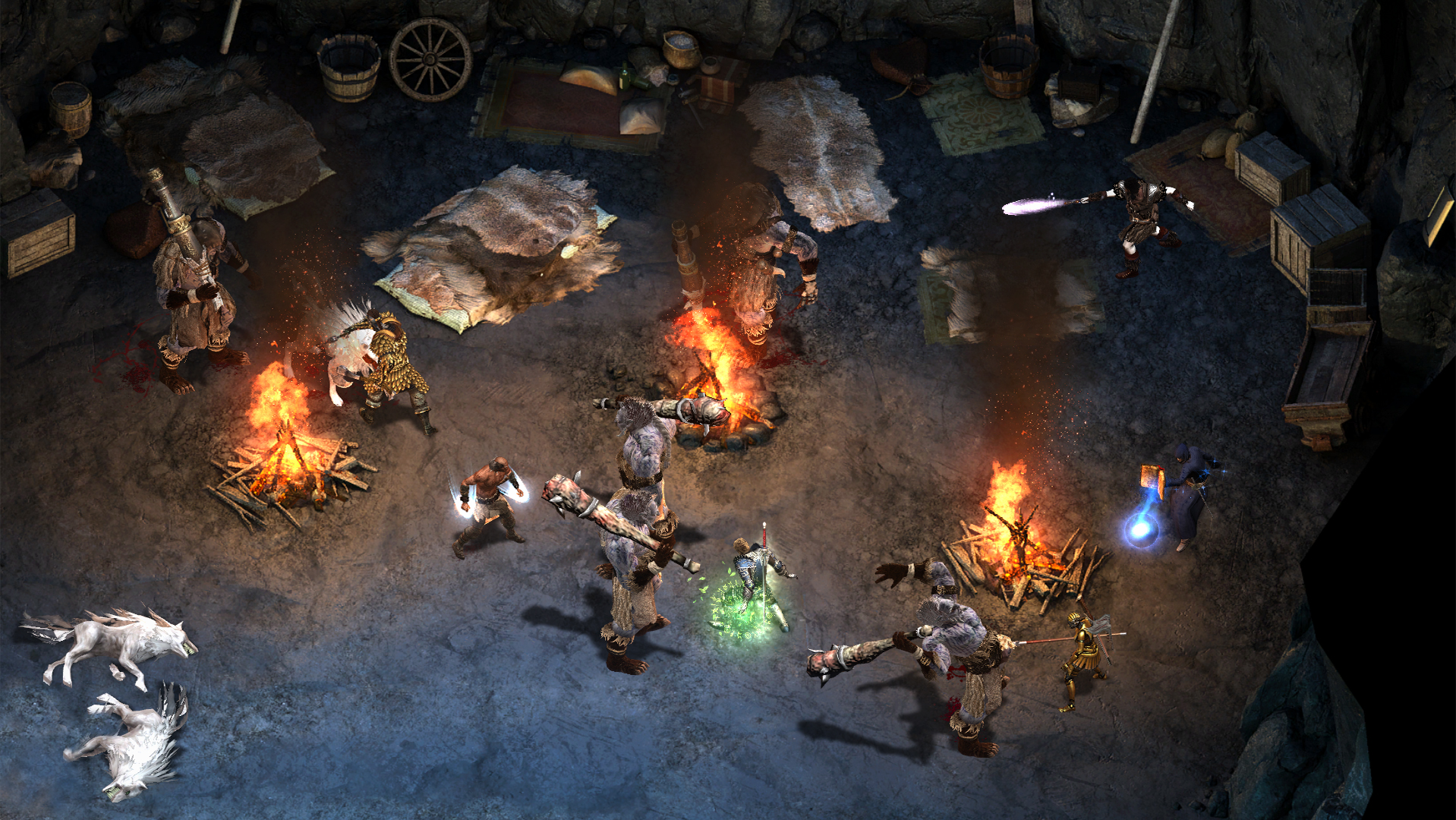 The developers also took the opportunity to include a number of tweaks and revisions from player feedback. For instance, new A.I. routines are available for your party members. For your entire party, you can set automated routines and actions for characters to undertake during battle, which focus on their strengths. This is to shore up the need to micro-manage, allowing players to focus on a single character. Of course, this is optional and if you felt comfortable before, then keep at it. Also, individual stealth is now a core feature. Unlike the base game, you can have a single party member separate and go scout ahead while in stealth. Previously, your entire party entered stealth and moved as one. This way feels more tactical. Safer, too.

The lands of The White March are treacherous and vast, but the riches you’ll find are more than worth the danger. One feature added to Pillars of Eternity are the new Soulbound weapons. These rare types of gear attach themselves to a particular class (not character), and alter their stats as such. If a barbarian finds a Soulbound sword, then the sword will offer buffs and boosts to fit that specific class. The weapons are rare and give the characters a massive boost in power. But note that once equipped, these weapons can be shared amongst characters of the same class.

During one area of the demo, the developers came across a band of ogres living in the mountains. The people of the nearby town have been at odds with the creatures, and with our group in their main stronghold, there came an interesting opportunity. While you could draw your weapons and initiate a battle, you can also communicate with them and forge an alliance. Their help could prove valuable during your adventure, however the townspeople might not take too kindly to the arrangement.

Unfortunately, we didn’t get to spend too much time exploring with Pillars of Eternity: The White March. As the first part of the content update, Obsidian plans on giving players a healthy dose of new gameplay to dive into this year. Moreover, all upgrades and tweaks found in the expansion will make their way over to the core game. Certain backers of the Kickstarter should expect to receive both parts of the expansion free of charge.