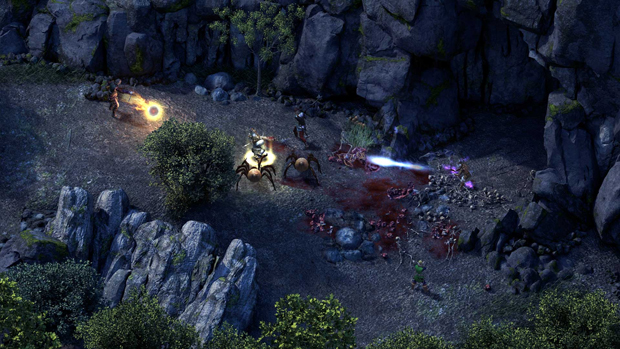 Another game now slated for 2015

Obsidian Entertainment’s next big role-playing game, Pillars of Eternity, won’t make it in time for a late 2014 release as previously planned. It’s now set for an early 2015 launch, with the extended schedule going toward incorporating player feedback and polish.

“Since the very beginning of this project we promised our fans and ourselves that we would release this game only when we knew it would be absolutely ready for the best experience possible, said CEO Feargus Urquhart in a statement.

“We’re very close to that point, but not quite there yet. The feedback we have received through our playtest process has been invaluable to us. We are coming into the home stretch but are pushing the release out just a bit to make sure we honor that promise we made originally.”

These nearly two years since Pillars of Eternity was funded on Kickstarter have gone by quickly enough. A few extra months shouldn’t sting too badly.