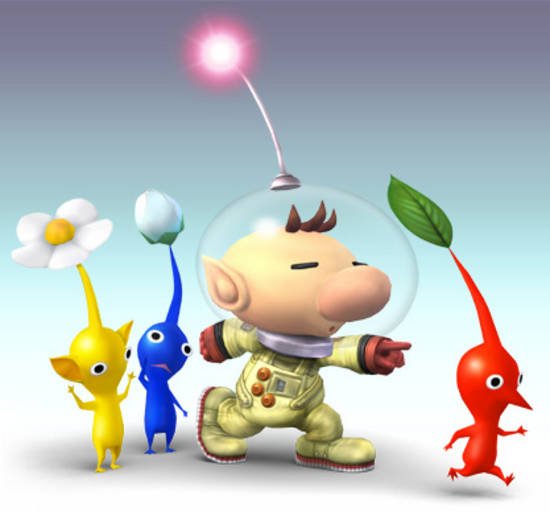 It’s been nearly three months since a new character has been announced for Super Smash Bros. Brawl. After weeks and weeks of (mostly) boring filler, today’s DOJO update reveals Captain Olimar from Pikmin as a playable character in Brawl. Not much is given away today except that the Pikmin will play a heavy role in Olimar’s fighting style.

Five different Pikmin will stick with Olimar but only for a short time. You can restock up on more Pikmin by plucking them up from the ground. Olimar will need the Pikmin to perform his Smash Attacks as well. The Pikmin will tend to scatter away from Olimar too. There will more than likely be another update this week showing Olimar’s Special Attacks. Olimar’s stage music was also shown off today.

From the sounds of it, Olimar would be pretty useless without the Pikmin. It’s going to be really interesting to see how this team of sorts will play like.