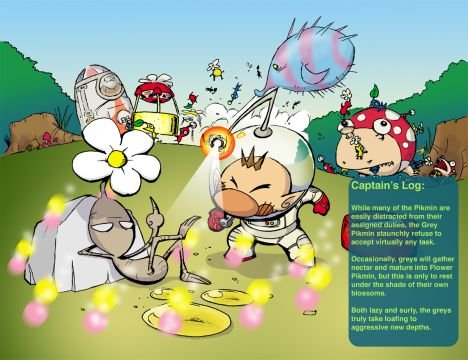 Tons of info was just revealed at the Nintendo Fall Press Conference held in Japan and one of the highlights was the announcement of the new “Wii de Asobu Selection”, which translates to Play on Wii Selection. Nintendo will be re-releasing classic GameCube games for the Wii starting with the original Pikmin.

It’s rather odd that that Nintendo is focusing on porting old GameCube games since, you know, the thing actually plays GameCube games. But hey, Capcom seems to be having a successful run with the Resident Evil 0, 1, and 4 remakes with waggle controls so I guess it just boils down to whatever prints them money.

Wouldn’t it just be HILARIOUS if this GameCube remake is the Pikmin game Miyamoto was referring to at E3?!