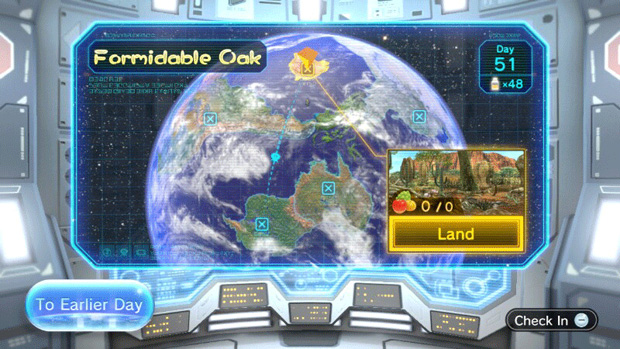 Welcome to the WORLD OF TOMORROW!

Fun trivia for the day!

There are plenty of clues in the Pikmin series to suggest that the Pikmin’s planet is in fact Earth at a point when humans are no longer around. The most clear-cut evidence to support this theory is during the ending of Pikmin 2, when the camera pulls back to reveal a blue sphere strikingly similar to own home world.

Pikmin 3 seemingly not only further supports the theory but also establishes a rough time frame for the game’s events. According to the Pikmin Wiki entry on PNF-404, the planet’s formal name, the surface of the world has been retconned to resemble Pangaea Ultima, a supercontinent configuration that represents what Earth could look like in 250 million years. Sure enough, laying a map of Pangaea Ultimate over the PNF-404 topography yields a damn near perfect match.

I love it when developers give you clues about a game universe’s history without going into specific detail. In a time when background lore is often explained in exhaustive length, it’s good to know there are still discoveries to be made if you look hard enough.

Pikmin Takes Place on Earth… 250 Million Years in the Future [Gamnesia] (Thanks, Nathanial!)