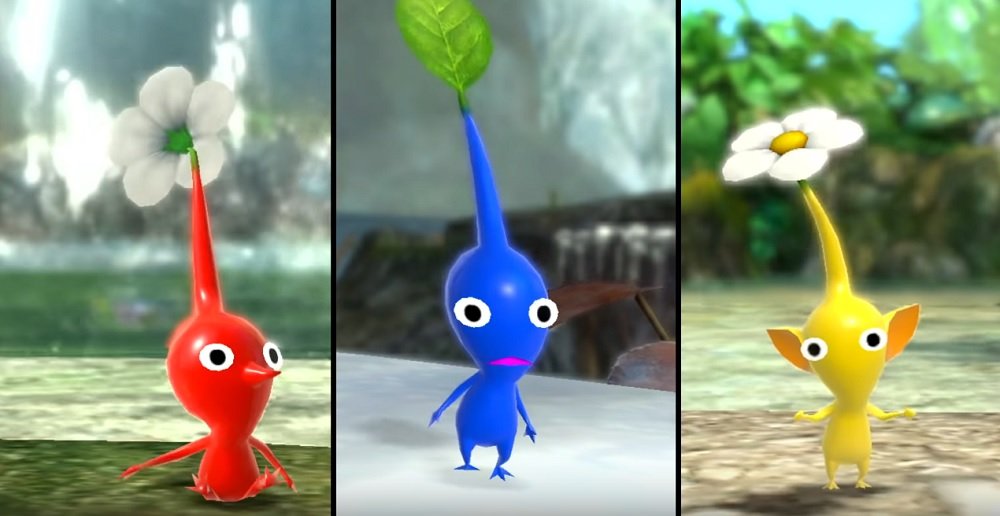 The short overview spotlights the adorable little rascals as they follow the perpetually surprised Alph on his escapades throughout PNF-404. As explained in the video, Pikmin are a colourful species that are plucked from the undergrowth by our heroes before being directed to perform a number of tasks – from gathering sources and removing barricades, to building bridges and even cultivating more of their kind.

Available in a kaleidoscope of different colours, (five… five colours), each colour designates a Pikmin’s special attributes – such as the ability to fly or destroy obstacles – as well as its immunity to environmental hazards such as fire, water, and electricity. By building a small army of varied Pikmin, players can traverse further into each world, defeating enemies, overcoming puzzles, and gathering treasures hidden within the environment.

Just don’t stay out too long after dark, or things tend to get a bit messy… and sad.

Pikmin 3 Deluxe is a brand new edition of the classic 2013 Wii U title. This remastered edition will feature new content including a new prologue/epilogue, co-op multiplayer support, a new Piklopedia, and the addition of classic Pikmin characters Olimar and Louie.