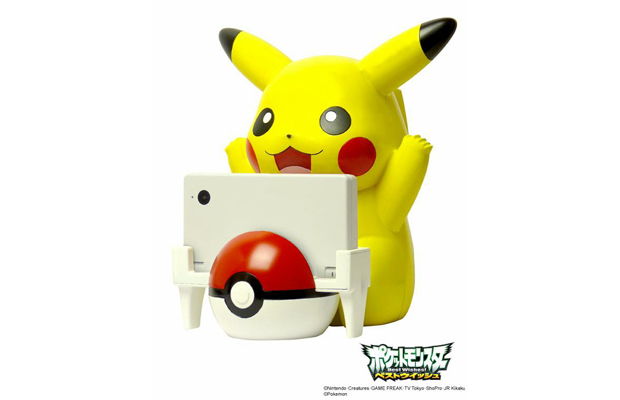 Yes, you could simply plug your drained DSi into a wall, but what fun would that be? And would that be fair to this eternally squealing Pikachu?

You’ll find out why he’s squealing.

A new charger from Japanese accessory maker Hori lets you slot either your DSi or DSi XL into Pikachu’s adapted Pokeball, which is placed right in front of his excited face. Presumably he charges your portable with his power of electricity.

Or, he has a charger port for an as*hole. That…that explains everything.

There’s a price to be paid for cute: Charge Stand Pikachu will cost 3,980 yen ($47) when he is released in Japan on September 18th.