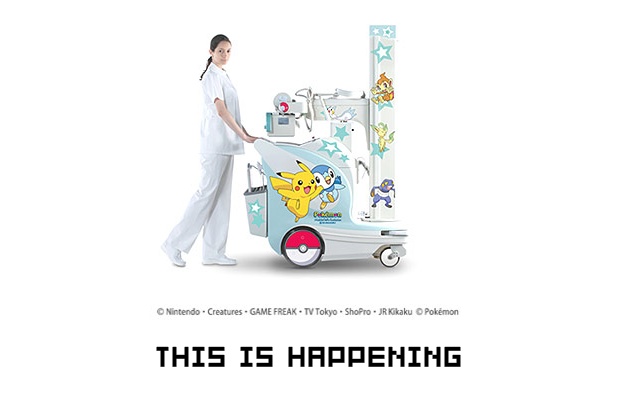 Mobile X-ray machines are scary to Japanese children, I guess. But Pokemon aren’t. So that’s why Japanese company Shimadzu has created a Pokemon-themed X-ray machine, using art from the game Pokemon Diamond and Pearl.

Being shown off at places like Image Synthesis Exhibition 2009, Shimadzu Corp’s would likely be used on infants who probably can’t even recognize Pokemon, let alone know what the hell an X-ray machine is doing to them. But Shimadzu’s press release (Japanese) says that the images of Pikachu and pals should ease their fear.

Me? My fear has increased: is Pokemon now so big that it has a place in medical technology? What next? Will we be sticking our heads in a giant pokeball for a brain scan?