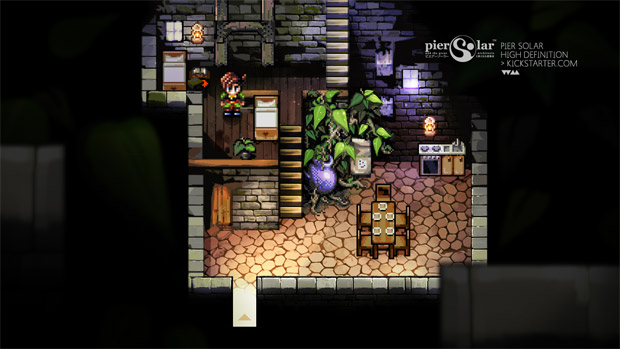 2010’s homebrew Sega Genesis RPG Pier Solar was one of those projects that was fun to watch from the sidelines, but I never got to actually play it myself. That’s what was great about development team WaterMelon turning to Kickstarter for a revamped take on the game due out on more easily accessible platforms (Xbox 360, PC, Mac, Linux, and … Sega Dreamcast).

With six days left to go, Pier Solar HD has surpassed its funding goal of $139,000 and its first stretch goal of $145,000, which will result in a Japanese translation for all versions. Additional goals are focused on extras for the Dreamcast release like widescreen support and VMU integration; a director’s cut of the game; Android and OUYA support; and perhaps most exciting of all, a Wii U version of Pier Solar HD. Yes, please.

When the Kickstarter was first launched, I was worried that even with passionate fans, there wouldn’t be enough support to hit the not unsubstantial funding milestone. However, some 2,000 of you pitched in, making this a success. Funny how these things work out.