It comes with stickers!

Game Center CX, also known as Retro Game Challenge, is arguably the world’s first Let’s Play series. It’s been a hit on Japanese TV ever since its debut in 2003, spawning multiple game spin-offs and other side projects. Satoru Iwata, the late president of Nintendo, once starred in an entire episode. Still, for whatever reason, the Game Center CX brand has been largely relegated to “cult favorite” status in the rest of the world. My guess is that it’s the language barrier.

I’m Stuck in a Video Game could be one step towards breaking down that barrier, among others. It’s a sweet, simple story about a young girl who enters the world of Pandasourus, her favorite Famicom title. Illustrated and translated by Fangamer and Simpsons comic artist Nina Matsumoto and written by Game Center CX producer Tsuyoshi Kan, the book offers a unique, accessible take on familiar territory.

Cartoons and movies about “getting sucked into the game” have become commonplace in recent years, but children’s books that follow similar set ups are less prevalent. To many parents, books are seen as virtuous, and video games are a vice, so combining the two may come off like fat-free potato chips or Glengarry Glen Ross with the swears dubbed out. Anyone who sees I’m Stuck in a Video Game that way is missing out. My two-year-old son’s fascination with the book is proof of that. 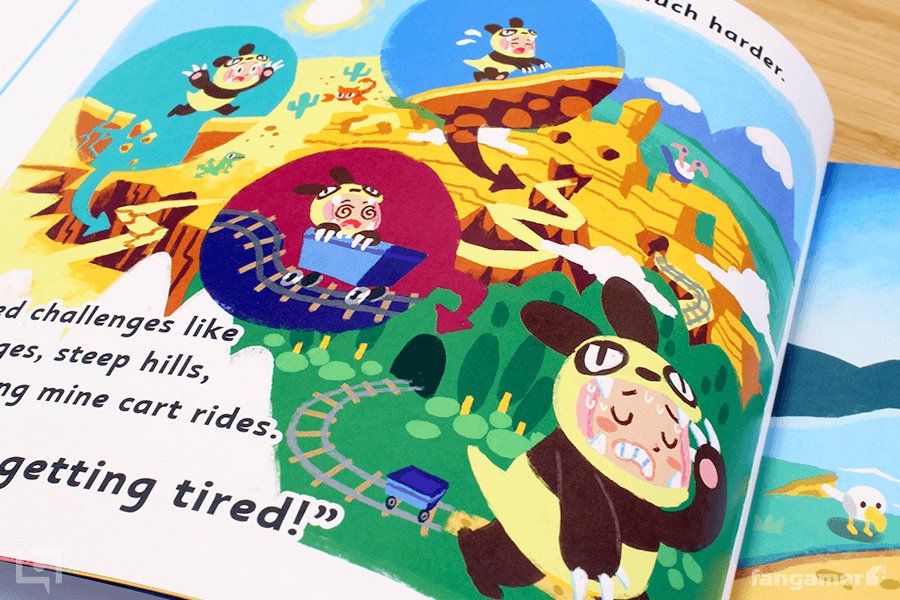 My kid is too young to do anything with a video game beyond mashing the buttons and singing along to the music, but he loves the book anyway. I attribute that to it’s charming illustrations, humor, action, and underlying themes of courage and friendship. The fact that it originates from another culture, and is about an entirely different medium of entertainment, is invisible to him. He just sees it as an adventure about learning new things and finding the courage to take exciting risks. Given that he’s learning new things every day, I imagine it’s a story that he can relate to.

Of course, those are my words, not his. His words are more direct and to the point. He calls for the book by name (“Stuck in a video!”) and mimics some of the more exciting parts of the story as we read it. Watching him pretend to be a kid pretending to be in a video game is like Inception, only cuter. Christopher Nolan, if you’re reading this, please take note. You may have some sequel material on your hands here.

It will be exciting to see how our relationship with the book changes over time, as this is one that was built to last. When my son starts playing video games himself, and I cheer him on from the sidelines, he may see parallels between himself and Mina, the star of the story. She’s cheered on by a father figure too, one who balances letting her learn from her mistakes with protecting her from serious danger. 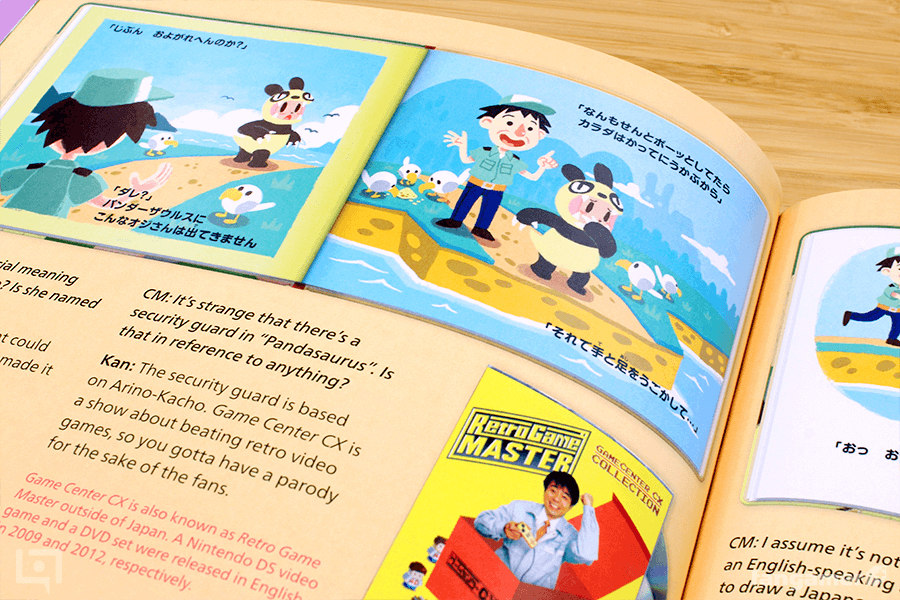 As he continues to get older, he may want to know more about who made the book and where it came from. If so, all he’ll need to do is flip through its bonus pages. They feature an in-depth look at how it was written, drawn, and localized. Interviews with its authors show how they bridged the gap between Eastern and Western narrative sensibilities to tell a story about the gap between books and video games. There is a lot to learn here for anyone who’s ever thought of creating a children’s book themselves, or getting into the localization business, regardless of their age.

My only complaint about the book is that its a little small for kids. Its about seven inches tall and nine inches wide. People under five years old often want bigger than that. Still, that will be less and less of an issue as the owners of this book get older. I’m guessing that, for most, it will have the staying power to hold their interest as they learn to read, and play video games, all on their own.