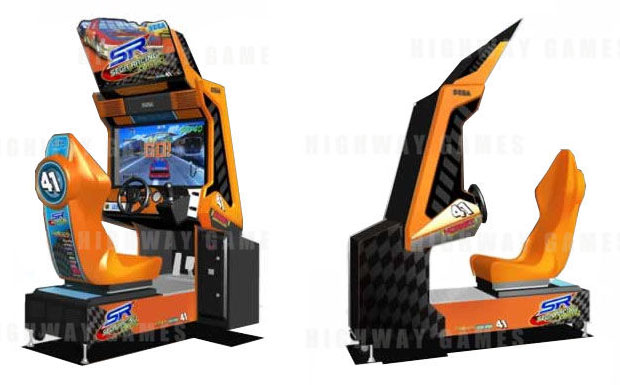 About a month ago we heard rumors that Sega’s crazy-ass arcade racer Daytona USA may be making some kind of comeback.  Now, new pictures of the actual arcade cabinet all but confirm that a new racer is coming. But it’s not called Daytona USA.

Presumably for rights reasons, this one is called Sega Racing Classic. The cabinet listing says that it includes all the original tracks, now in high-def. The listing also confirms that it is running on Sega’s Ringwide arcade hardware, which has graphical power close to that of current home consoles. Other perks include 32″ LCD screens, linkable cabinets for up to 4, and force feedback steering.

I’m glad one of my favorite racers is making a comeback. I just hope someone’s working on some robo-voiced music for it right now.