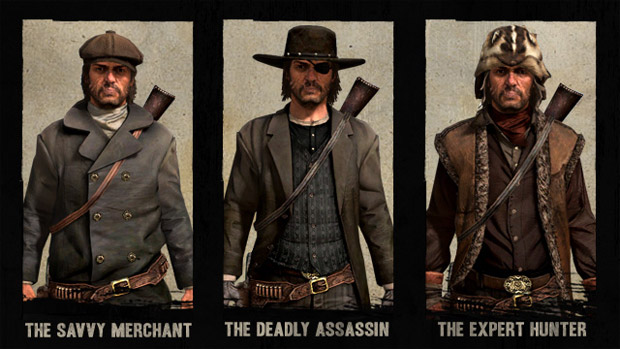 Rockstar Games and GameStop are allowing you, yes you, to decide which pre-order bonus for Red Dead Redemption will be offered at the retailer. Oh no, they aren’t asking for creative input or anything too meaningful; just a simple click on your favorite of the three unlockable outfits.

This “Red Dead Referendum” ends on February 15. Until then, you can vote once every 24 hours on The Deadly Assassin outfit, which is obviously the way to go. I mean, how can you possibly turn down an eyepatch-wearing individual who also happens to be an assassin?

Each outfit offers a different in-game bonus — which you can read about by clicking the above link — but again, who cares about such silly things when you could play as a man with an eyepatch.