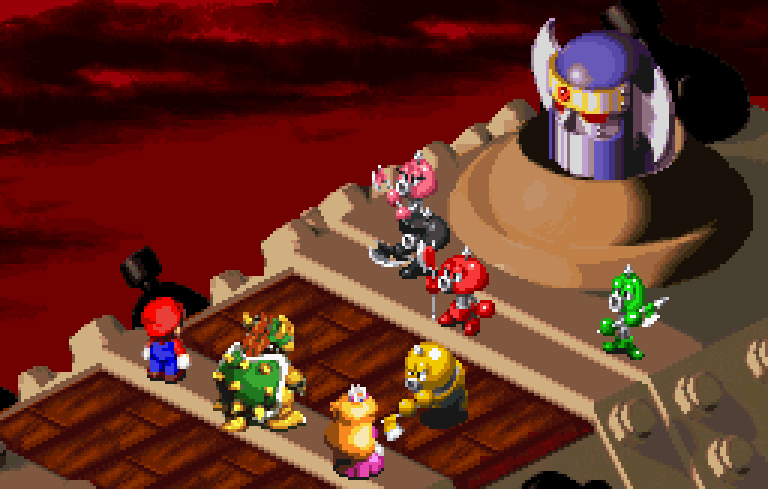 European Wii U, though

A Geno costume in Super Smash Bros. isn’t the extent of Nintendo’s short-term plans for Super Mario RPG: Legend of the Seven Stars. The revered and beloved Square-developed SNES game is getting a full port on the Wii U’s Virtual Console.

And, it’s coming quicker than Croco can run off-screen. Super Mario RPG is set for a Christmas Eve release on December 24. Just three days away!

There’s a mighty big catch, though: It’s only available in Europe. The price will be €7.99 across the pond. There’s no word regarding a North American version, but its existence elsewhere opens up the possibility. For now, those left wanting will have to just be happy for their old-timey RPG-playin’ brethren on the other side of the world.

Also, I’d be remiss if I didn’t offer up a quick tip for first-time Super Mario RPG players. There’s a missable frog coin the very first time you go into Mushroom Kingdom Castle. You have to jump on Toad’s head as he’s moving through the very first screen. When he stops briefly at the door, jump onto the ledge above the door to hit the hidden chest. Missing this one-time event almost shattered the world of ten-year-old me, and I wouldn’t want you to suffer the same fate.

Super Mario RPG revived on Wii U this week [Eurogamer]