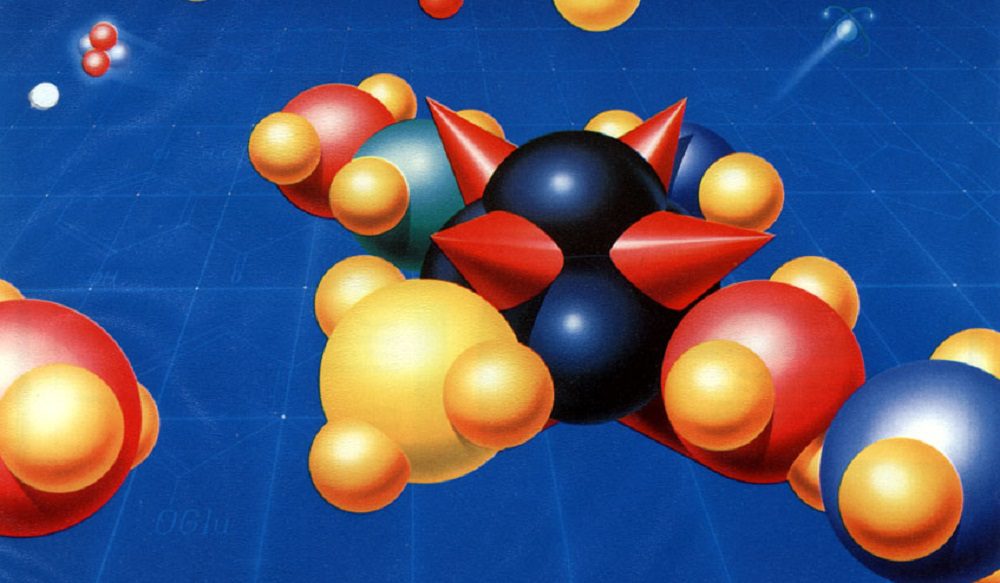 Something particularly fun about gaming’s formative years is that, with no established ruleset, developers hadn’t yet settled into the genres and tropes that would embed themselves into gaming to this day. As such there are lots of titles from the very early ’80s that feature odd, experimental concepts — in gameplay, narrative, or audio/visual style.

Take for example Phozon, the latest addition to Hamster’s Arcade Archives range. On of the very first releases from fledgling developer Namco, Phozon was a Japan-only coin-op puzzler that is based around the concept of DNA and chemical compounds. Players control a small, spiked, black atom — the Chemic — and must attach themselves to various colorful Moleks in order to recreate the strand featured at the center of the playfield. Players must perfectly recreate the atomic signature before time expires to complete the stage. Watch out for the traveling Atomic, a rogue group of Moleks that will destroy the Chemic on contact! Successfully duplicate 18 unique Molek patterns to win… Doom it is not.

Check out the curious oddity in the video below, courtesy of YouTuber Old Classic Retro Gaming.

Of course, to the modern eye, Phozon is a highly simplistic release, and unlikely to offer more than a few inquisitive thrills. But what a wonderful example of the creativity of early gaming, before the industry had settled into the shmups, shooters, and fighters of the day. A time when all and any concepts were considered valid for the wider audience. Of course, you can still find this esoterism in modern gaming — particularly on the indie scene — but titles like Phozon, for all its simplicity, have paved the wave for the kind of creativity that sets gaming aside from its most recognized tropes.

Phozon is available to download now on PS4 and Nintendo Switch, priced at around $8.