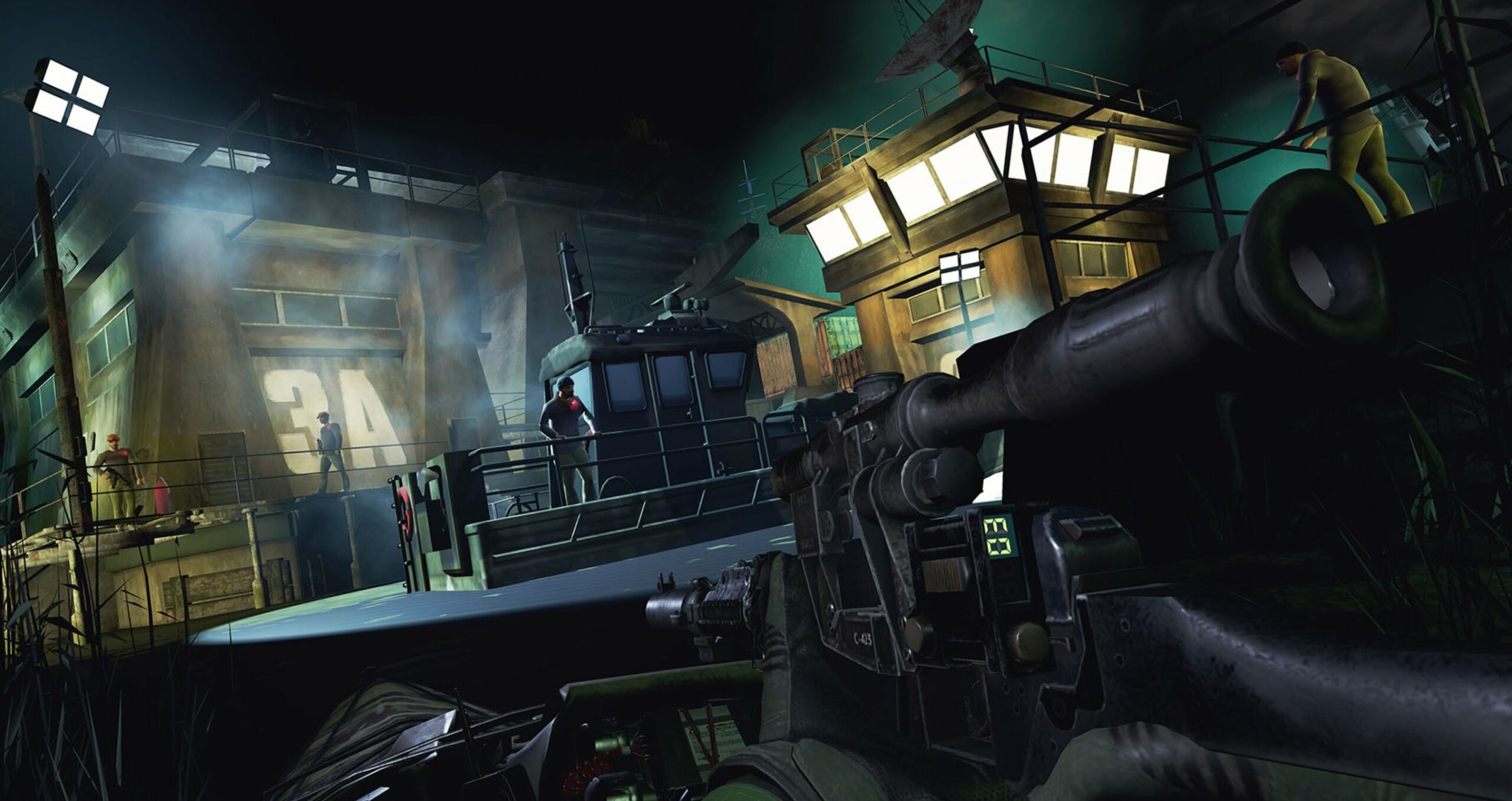 Even though it’s been over four years since the first consumer Rift launched, Oculus is still moving full speed ahead with VR.

Although a lot of folks have thumbed their nose at it, VR continues to surprise me fairly often. We just saw it with Half-Life: Alyx and now Phantom: Covert Ops is giving the “AAA VR” thing a go.

Here’s the elevator pitch: it’s Call of Duty in a kayak.

The “Phantom Unit member working for NATO” angle is pure absurdity, but it works (luckily the enemy base was recently flooded, which is bringing back extreme Knightboat vibes). It’s such a bold stance that it sounds dumb at first, but actually works in the sense that it solves a lot of the innate problems with some VR games. It’s guided, to a point, like how most Call of Duty games funnel you through passages to provide popcorn action moments. But in this case, you’re still free to look around, use both hands and interact with the environment. The sixish-hour campaign is pretty huge for a VR game, rivaling some Call of Duty titles.

It’s also not strictly on rails (eat your heart out Molyneux). Although you’re at the mercy of the game’s waterways, you’ll have to manually paddle your way around, which vaguely matches real-life paddle physics. It’s tiring! And also really fun. Everything else, like classic VR, is intuitive as hell. You’ll grab your sniper rifle (which you can peer through the scope with!) on the right side of your boat, your pistol is on your chest and your assault rifle is on your back. Ammo and your night vision goggles (which cleverly double as your camera) are right in front of you. Easy.

It’s these kind of control schemes that just show how much VR rules. Brand new players can just dive right in and understand “oh so I make a grabbing motion at the object on-screen, and I’m good” without having to fumble through multiple button combinations. Not that I want that style of control to go away! It’s just another reason why VR offers something different compared to the same controller schemes I’ve been playing for over three decades.

I also like the careful balance of action and stealth. Although the game makes it clear that stealth is paramount, you can take your targets out in any way you see fit — or distract them with environmental objects like fire extinguishers or noise grenades. Covert Ops does grant limited extra ammo in the form of supply caches, but you still need to balance the use of your weapons so you don’t go completely dry. To wit, some puzzles can be solved with bullets or by hand.

It’s not perfect, of course. Covert Ops is a little janky when it comes to AI behavior, as they’ll sometimes notice you when you’re almost fully hidden, or barely notice you when you’re in clear view. It looks fine on the Oculus Quest (the distinct buildings and character models are great, though the backgrounds lack detail), but most importantly, it plays smoothly.

Hardcore VR players have already likely flocked to Covert Ops: it’s the next big thing from Oculus Studios, of course they’re looking for an excuse to get some use out of their headset. But for everyone else, it’s definitely one to keep on a list somewhere for when you eventually pick up a Rift or a Quest.

[These impressions are based on a retail build of the game provided by the publisher. Score – 7.0.]