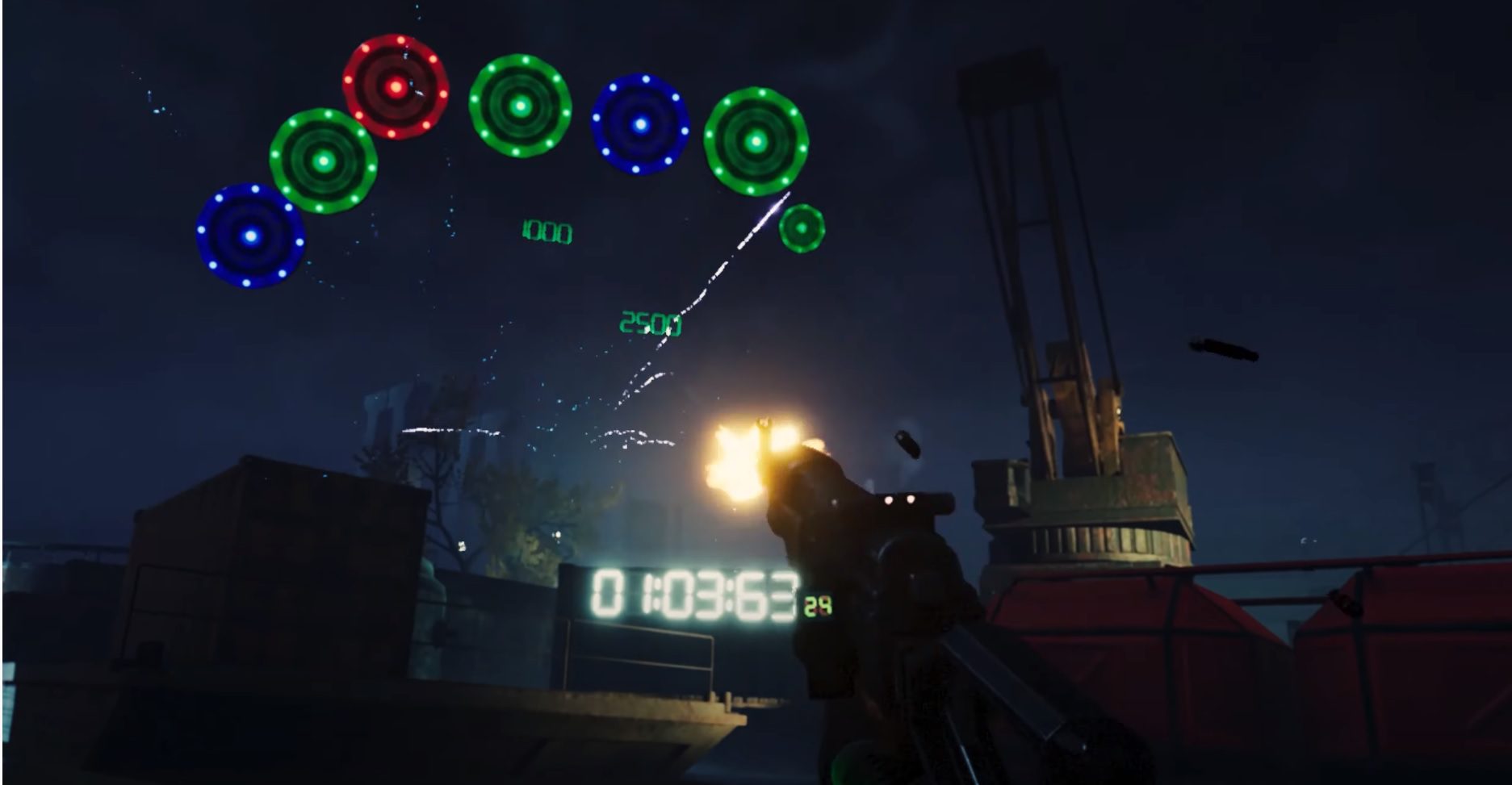 Phantom: Covert Ops came out a few months ago, and I still can’t believe someone was able to successfully pitch “Call of Duty in a kayak” and get away with it. But studio nDreams actually followed up on it and gave us a decent little action romp that doesn’t take itself too seriously.

Today, the studio announced that “Challenge Pack 1” is out today, which is available on both currently supported platforms (Rift/Quest). It brings five challenge maps into the fray, which feature gunplay amid cartoony targets, as well as “crazy cheats” like an infinite ammo grenade launcher and a “reverse kayak controls” level that sounds devilish.

Phantom already heavily leaned in on the campy side, so this is exactly what the game needed. Extra bug fixes and quality of life changes are the cherry on top. nDreams is calling this “the first free post-launch content update,” implying more is to come.