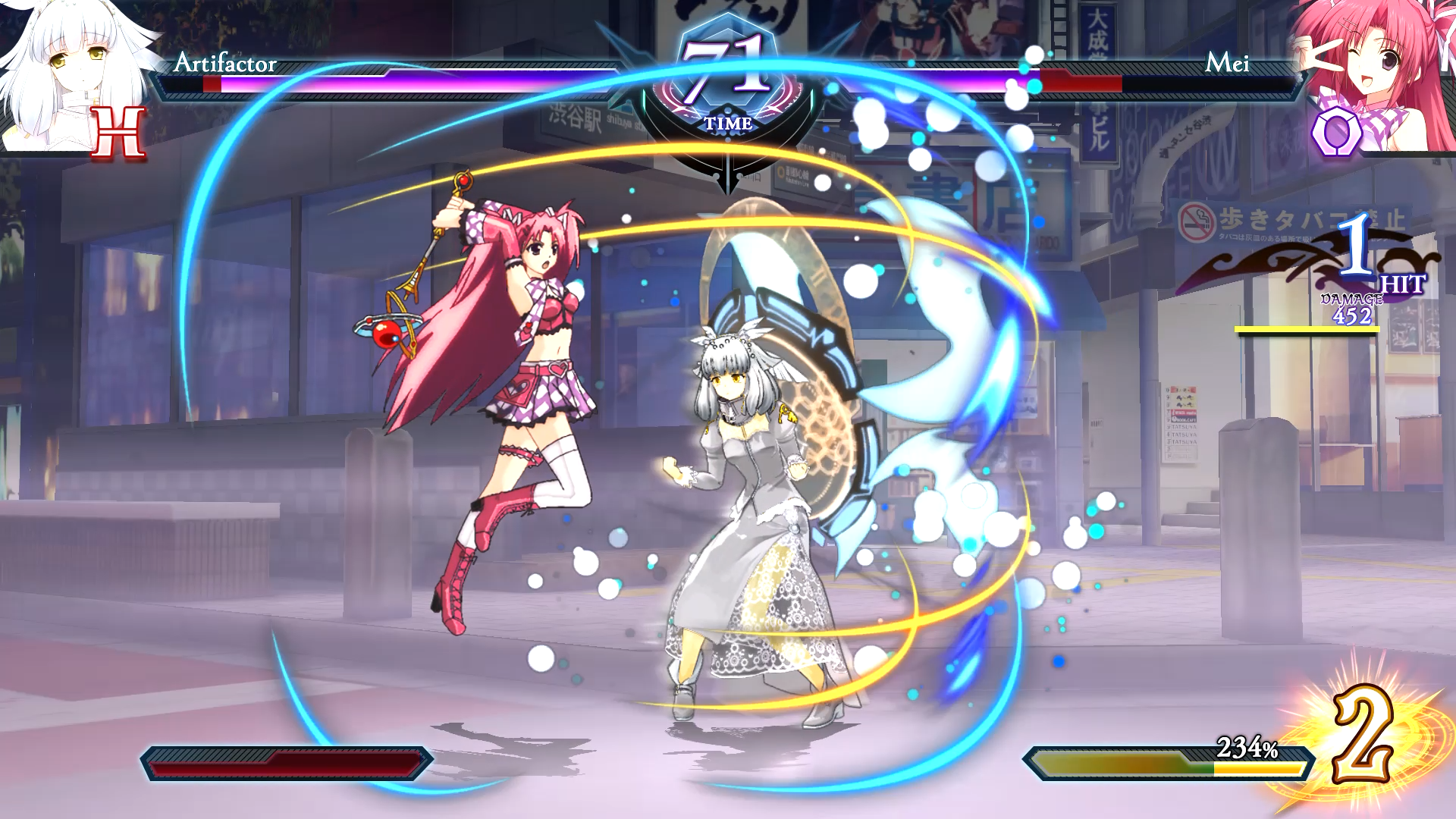 Fighting game fans are going to have a pretty good couple of weeks ahead of them. Not only is King of Fighters XV on its way in February, but we also have a couple of old games getting a makeover for last-gen consoles in the weeks ahead. Probably the biggest of the bunch is Persona 4 Arena Ultimax, but there’s another fighter that hasn’t received as much press that’s on the horizon as well: Phantom Breaker: Omnia.

You might have heard that name before, but chances are you’ve never had a chance to play it. That’s because the game originally released for the Xbox 360 only in Japan before seeing an updated version launch on the PlayStation 3 in the country as well. Outside of Japan, we’ve only been able to experience the franchise through a spin-off, but come March 15, that’s changing. That’s when Phantom Breaker: Omnia will launch worldwide with two new characters in tow: Artifactor and Maestra.

For obvious reasons stated above, I haven’t had the opportunity to play Phantom Breaker before, but everything I’m reading about it is piquing my interest. Players will be able to pick from one of three different fighting styles—Quick, Hard, and Omnia—that will alter how each of the 20 included combatants handle.

With developer Mages at the helm here, I have faith Phantom Breaker: Omnia will be worth keeping on my radar. If you feel the same way too, you can look forward to picking it up starting March 15, 2022 for PC, PlayStation 4, Xbox One, and Nintendo Switch.