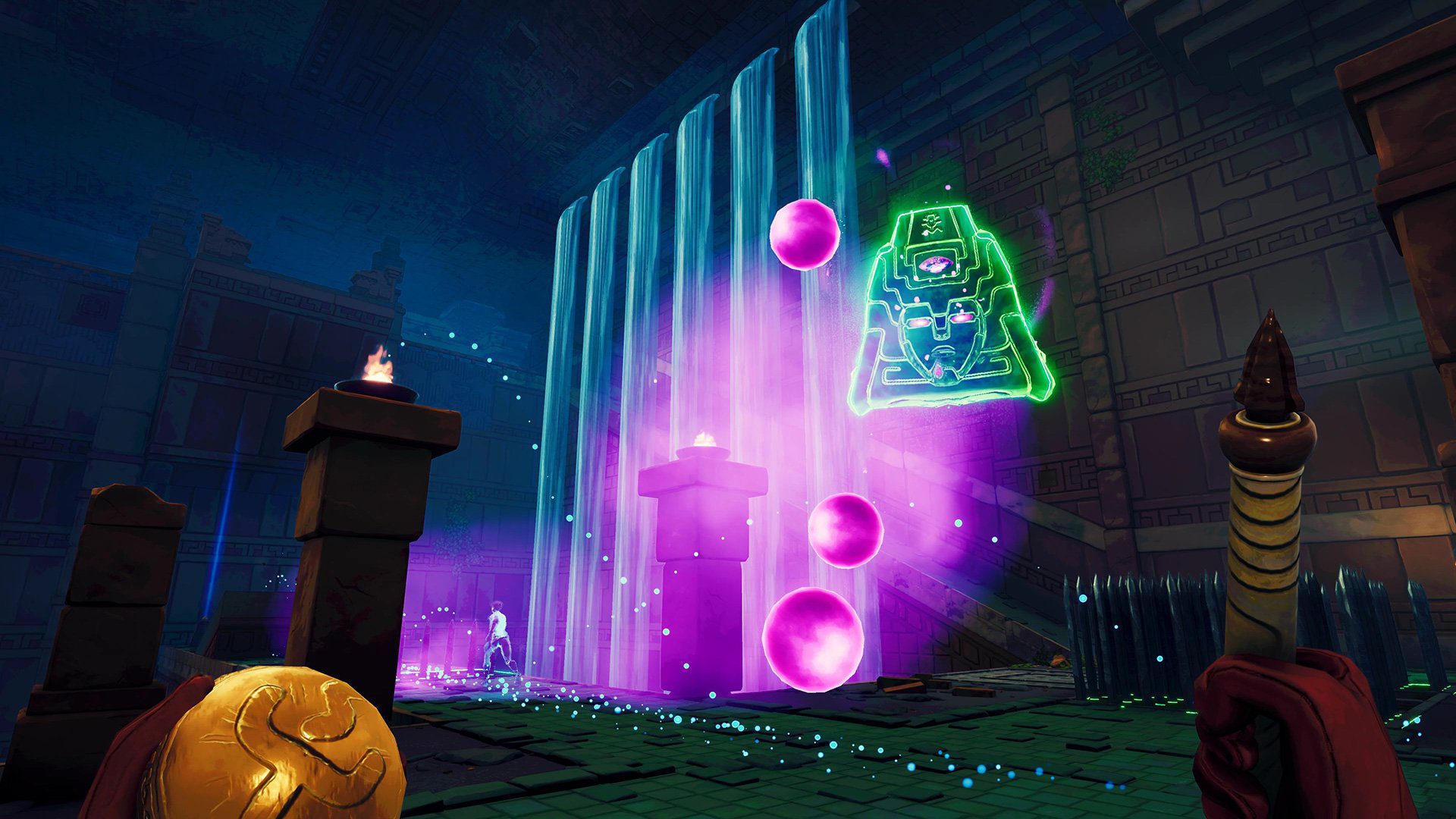 I don’t necessarily like to boil games down to just their inspirations, but in the case of Phantom Abyss, I feel like I have to point out the prevailing notion: this seems like a wild adventure-platformer brew seasoned with elements of Indiana Jones, Mirror’s Edge, and Dark Souls bloodstains. I’m into it.

Coming to Steam Early Access (and GeForce Now) this summer, Phantom Abyss is a roguelite game with procedural temple runs. The twist is that while you’re cracking your whip, dodging spike traps, and making heroic leaps of faith, you’ll get to “watch and learn from the mistakes of up to 20 phantoms including your Steam friends that have attempted the same temple and steal their whips as they fall.”

It remains to be seen how fun it is to move around this hostile world — “glide jump” and “extended slide” blessings will surely help — but if literally nothing else, I’m sold on the phantom concept. Another nice layer: you’ll be able to share Temple Codes so your pals can face the exact same challenges.

What’s the end goal? To recover keys that can open up “deeper, deadlier sections of the temple that house more coveted relics. The more difficult a relic is to obtain, the greater the reward — the final Legendary Relic of a temple allows you to claim the whole temple so that it’s gone forever.”

Devolver Digital and developer Team WIBY expect to stay in Early Access “for at least a year” while they build out more content — “new rooms, traps, whips, zones, and additional gameplay features.”

At launch in June, Phantom Abyss will have “three fully developed zones out of a planned five.”