Look, Sega doesn’t have to sell me on a new Phantasy Star Online project.

It’s been… a while since we’ve gotten one of those. I mean the west just got PSO 2 recently, which is great! But the prospect of starting something on a completely level playing field, at the ground level, is extremely enticing.

Based on what I’ve played of the PSO2: New Genesis beta, I’m even more jazzed for that day to come.

Just like in the past, you’ll get the chance to create your own character and unleash them upon the online world.

Here’s the race selection as of the beta period: 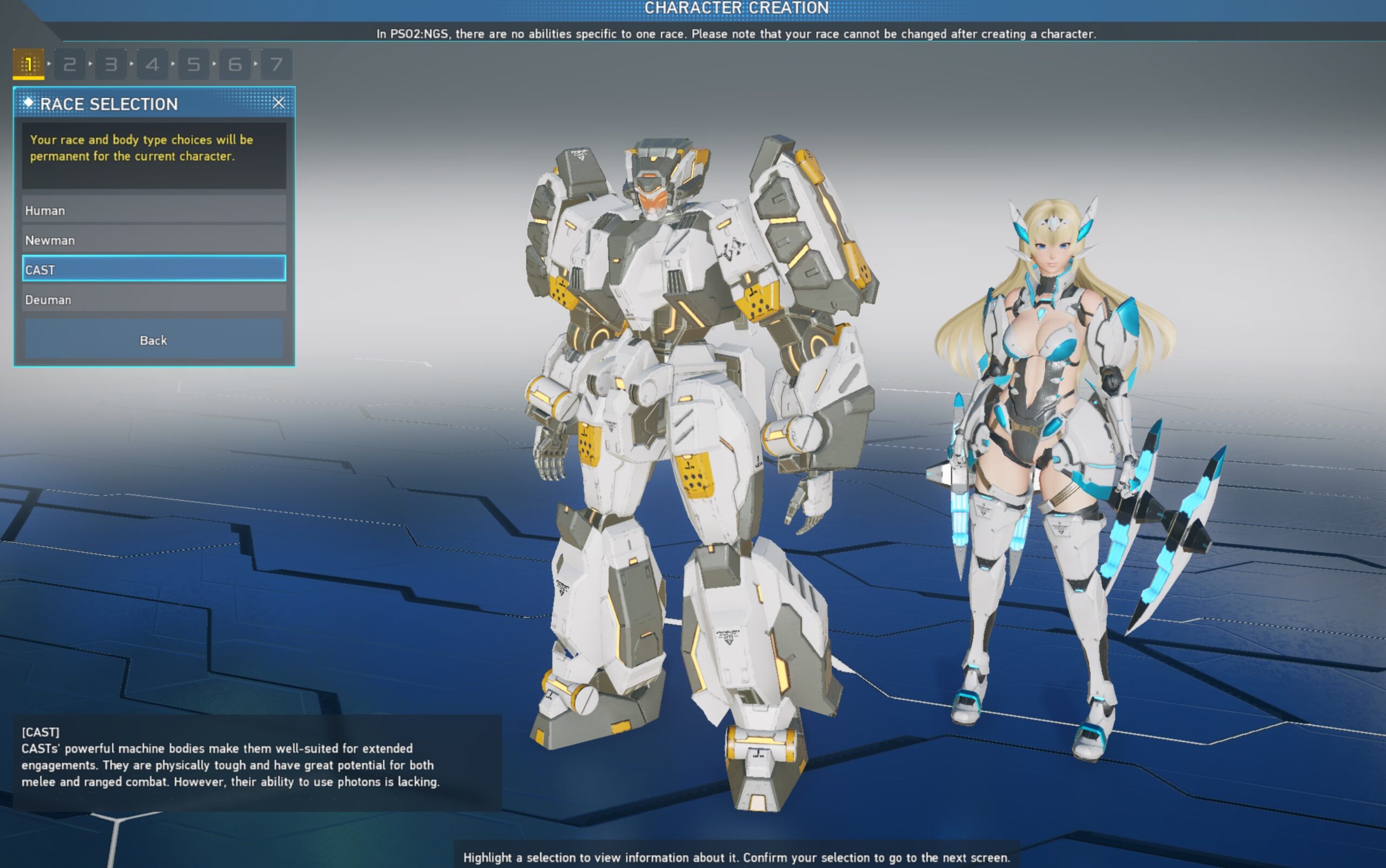 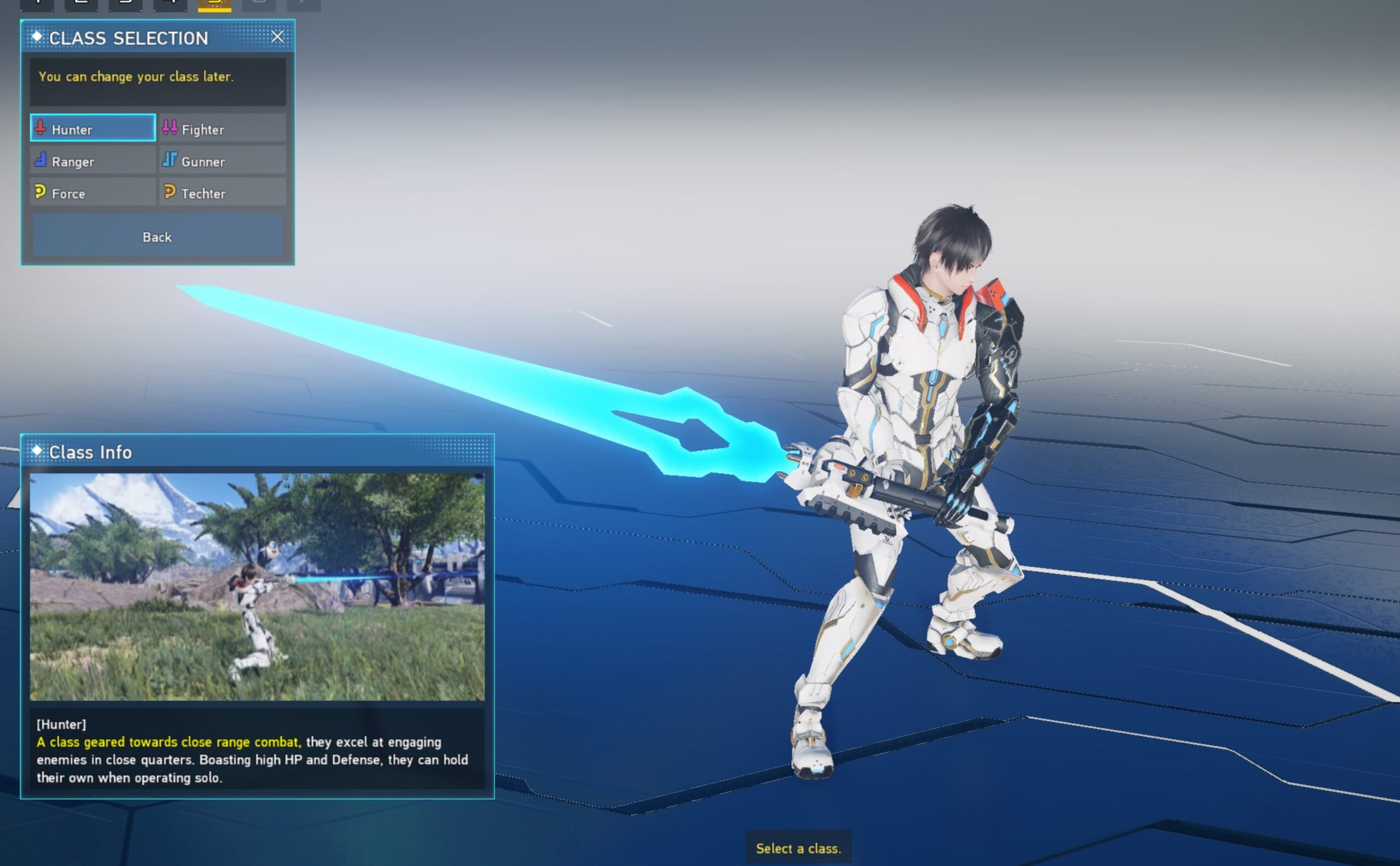 It’s enough! But the thing is, you’ll definitely want to rapidly create and try every class, because they’re a little more pronounced in New Genesis.

The key is the enhanced focus on locomotion. With a controller, it feels like a fully-fledged character action game. Dashing (anime style), double-jumping, and even gliding are in, adding a whole new flavor to aerial rave attacks as melee DPS. Once you start to really dig in though it gets even more interesting, particularly when you add wall-kicking (Mario 64!) and gliding into updrafts into the mix. It’s just shy of being a full-on action platformer, though those sections do exist in the form of the “cocoon” mini-dungeons.

It was, to be frank, a shock. New Genesis completely reinvents the way the series plays, although the implications of those mechanics have yet to be seen. As a rule, you have so much direct control, that it’s very easy to whizz and air dash past the threats we’ve seen so far. It’s a beta after all, with a limited scope of the narrative, so maybe they’ll change. 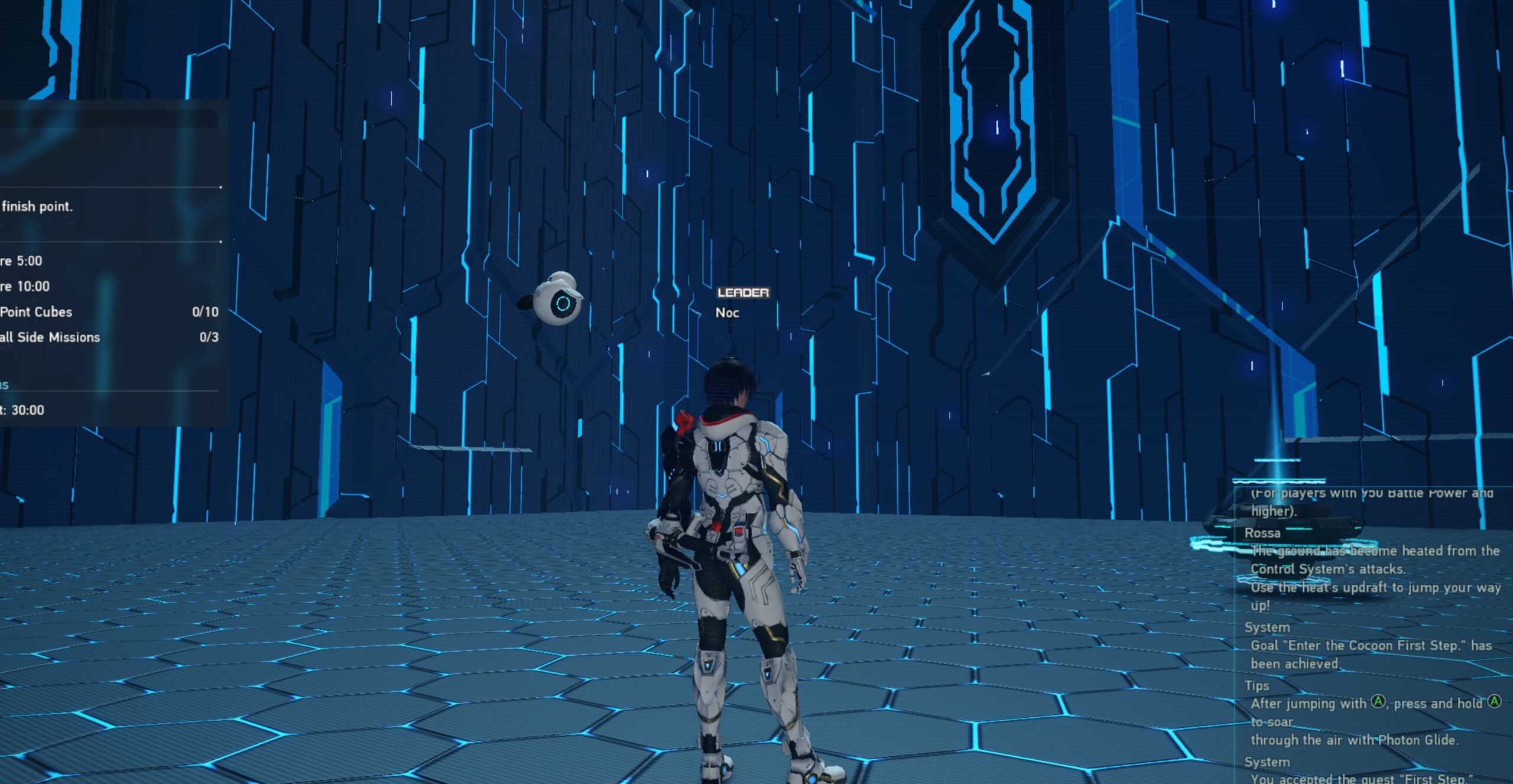 Speaking of, the core loop is really simple and doesn’t crib from the classic Dreamcast concept of “select missions from a menu and wait for a loading screen.” You’ll zone into the main hub, which is kind of like a sandboxy MMO HQ that leads directly into the core mission area. You can dash around quicker than most games allow you to move mounted, and the “open world” is seconds away (with fast travel posts for good measure).

It’s ultimately the same idea: you level-up, chase loot, and kill bigger badder monsters. The real question is how long will this hold our collective attention. The sandbox nature is refreshing, but it needs to keep us all interested beyond the flashing neon lights and cool looking combat. Will it have enough to do, and will the endgame be enough? It’s something you don’t really know until after a live service game is actually out. PSO has traditionally been smart about leaning into the grind, so I have hope.

In any case, I’ll be there to figure that out and judge it accordingly with the rest of the community. While the weekend beta is over, you’ll have a chance to play the full game soon enough. It actually launches next month!