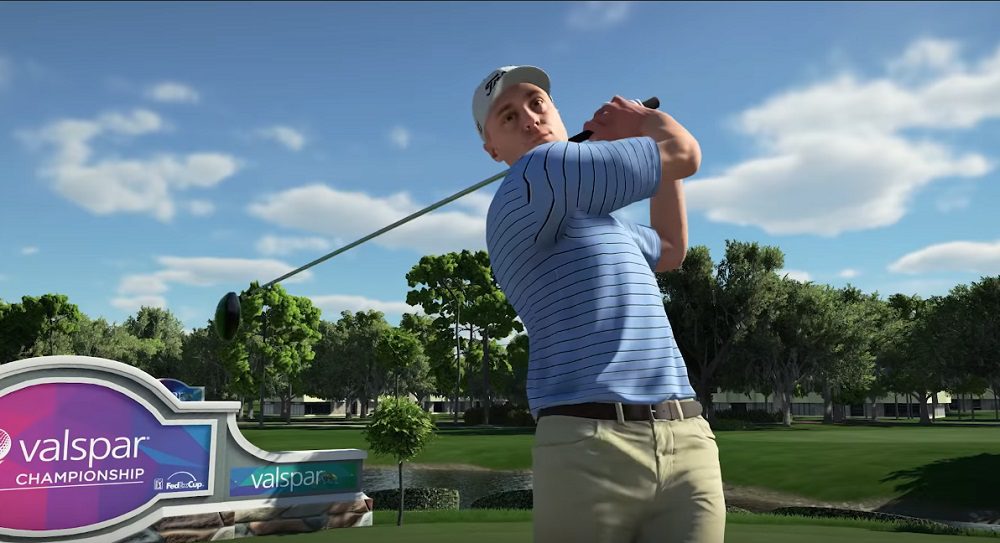 You have selected ‘POWER DRIVE’

Time to iron that crease in your slacks, dust off that visor, and prepare to call into work with a poorly performed fake cough, as publisher 2K Games has announced that PGA Tour 2K21 will be hitting the links on PS4, PC, Xbox One and Stadia August 21.

PGA Tour 2K21 is the first PGA series entry since The Golf Club 2019 and promises to be an engaging and realistic simulation of top golfing action. 15 official PGA Tour courses have been scanned and meticulously recreated in-game, while the built-in Course Designer will let you construct your own fairway. I hope it has those little windmills where you have to putt between the blades.

After creating their own custom golfer via the MyPLAYER character designer, players will face off against 12 of the sport’s top pro’s, including cover star Justin Thomas. A whole host of popular brands have been licensed to provide authentic equipment and clothing for your perusal, including Adidas, Polo Ralph Lauren, Malbon Golf, Callaway Golf, Bridgestone Golf, and TaylorMade Golf. So at least you’ll always look class, even in the rough.

PGA Tour 2K21 has been designed with all players in mind, and features numerous tutorials, guides, and training modes for beginners, with complex and in-depth systems for series veterans, including Pro Vision, Distance Control, and Putt Preview. Online play will offer the option of forming “Societies”, which will allow players to group together for full-season tournaments, with custom handicap settings and other options. Authentic TV-style presentation is capped off with play-by-play from PGA announcers Luke Elvy and Rich Beem.