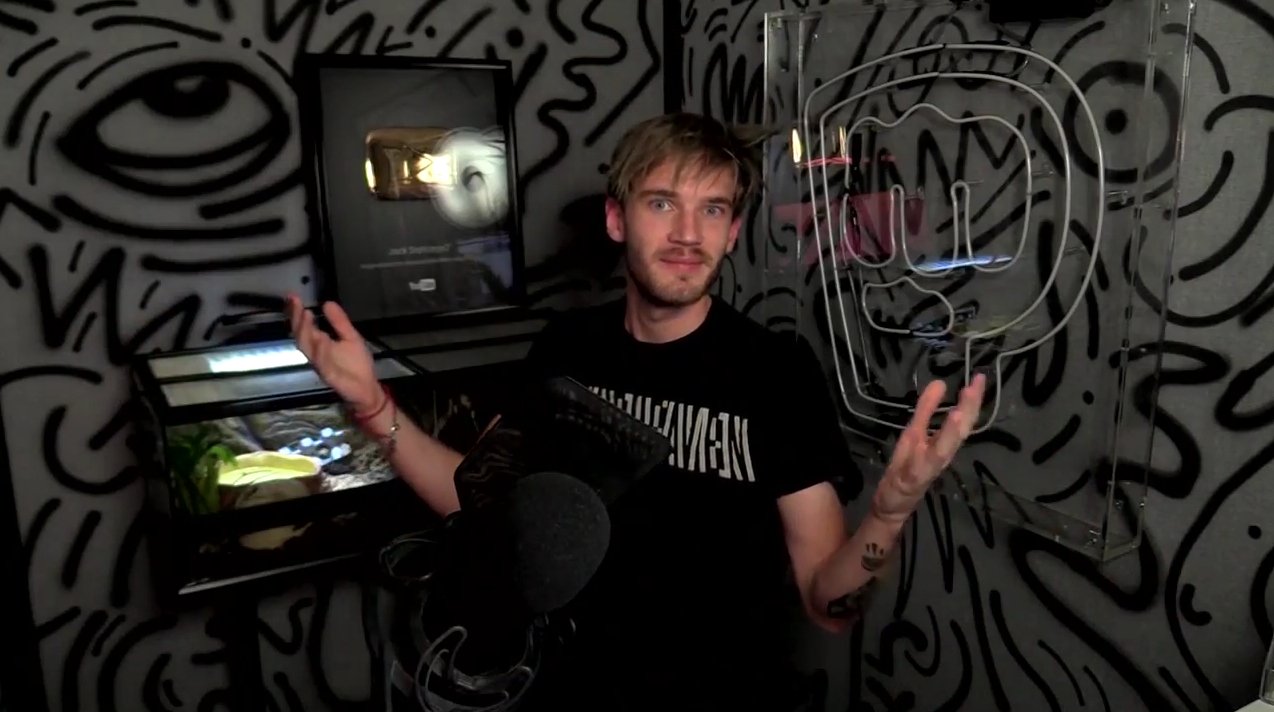 Felix “PewDiePie” Kjellberg, the most successful of the YouTube multi-millionaires, is disgruntled. In a histrionic video titled “DELETING MY CHANNEL AT 50 MILLION.” Mr. DiePie echoed a tweet from a few days ago wherein he “decided [he’s] deleting [his] channel at 50 million [subscribers].” He notes, “I won’t quit YouTube, I’ll just delete the channel,” in order to “start fresh with a new shitty channel probably.”

In the video he rails at YouTube itself, saying, “YouTube is trying to kill my channel.” Mr. DiePie cites changes to the YouTube landing page, which show “trending” videos ahead of videos users actively subscribe to, and the need to click an additional button beyond “Subscribe” to actually get all channel notifications. Mr. DiePie also claims subscribed users — not just his own — are being unsubscribed from channels, a claim echoed by other top YouTubers, but denied by the company itself. Mr. DiePie points to some of his videos that are receiving less than two million views as evidence that something is wrong, given his typically higher numbers stemming from his near 50 million subscribers.

There is some irony, too, in Mr. DiePie railing against “clickbait” videos that “has nothing to do with personality” and “just has a really great title, and a really great thumbnail” (in the highlighted instance, a hot bikini woman’s ass and back) finding wild success on the platform (10 million views in 6 days, in this instance of low-hanging fruit). The new multimedia that served as an alternative to new online media that served as an alternative to mainstream/print media is seeing itself struggle to compete with junk content that could just as easily be made infinitely, en masse by computer AI.

It is possible as his content and style change — for example, releasing a 10 minute video bitching about the problems of being a YouTube multi-millionaire — people are tuning in less. Or it could be that changes to YouTube’s system of alerts and prioritizing which content is shown (including low-hanging “clickbait” style videos) are affecting his viewer counts.

Regardless, Mr. DiePie is upset, and says he will delete his wildly successful channel when it reaches 50 million subscribers. He is currently near 49.4 million subscribers, so it would be a weird publicity stunt with the target goal so close in range (as opposed to, say, deleting at 69 million). Rather than a completely calculated stunt, the sentiment could just as easily be an off-the-cuff expression of his current despair that, when the time comes, Mr. DiePie fails to honor. We’ll let you know either way when the fateful day arrives.