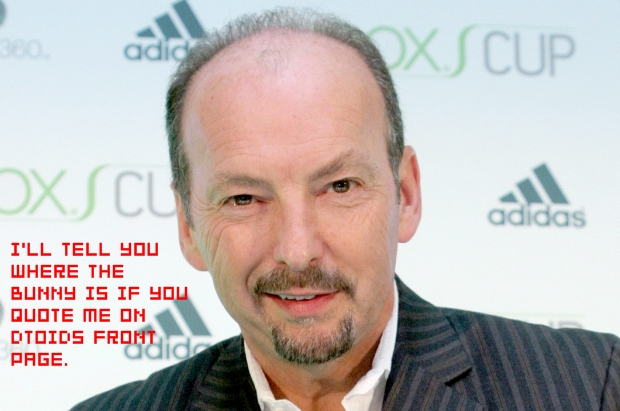 EA Sports’s Peter Moore is a cool dude, not like that damn Easter Bunny who threw my dog in a wood chipper. Vengeance shall be mine, Bunny. Moore, unlike the evil Easter Bunny who spews lies, has laid down a bit of good news recently. Speaking at the recent MI6 conference Moore said that EA has finally learned their lesson about porting down games from the 360 or PS3 to the Wii.

“You simply can’t take what you’re doing on the PS3 and Xbox and port — that’s a dirty word — down to the Wii,” he said, following that up with a few comments about how EA has learned their lesson and will be developing Wii games from the ground up from now on. It took them long enough, but I guess completing the race, despite being about a year or so behind every consumer, is something to be happy about.

Moore also gave me a few tips about the whereabouts of the Easter Bunny. I’m headed over to the bad side of town to scope out a few joints where the guy likes to lay low when he’s not breaking into people’s homes and leaving stuff.