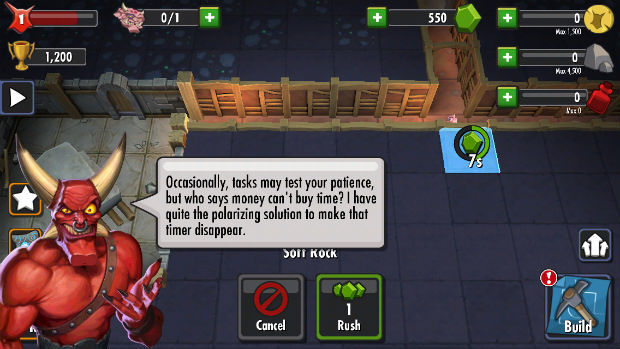 EA’s recent mobile reincarnation of the classic Bullfrog Productions strategy game Dungeon Keeper, has undoubtedly received its fair share of criticism over the passing week. Our own Chris Carter called it “…a hollow freemium shell of what once was,” in his review and it looks like the game’s original designer, Peter Molyneux, is just as disappointed.

“I felt myself turning round saying, ‘What? This is ridiculous. I just want to make a dungeon,” he said speaking with the BBC. “I don’t want to schedule it on my alarm clock for six days to come back for a block to be chipped.”

Continuing on: “I don’t think they got it quite right, the balance between keeping it familiar to the fans that were out there but fresh enough and understandable enough for this much bigger mobile audience.”

Personally, I’m not sure what to think of this mess EA has created. The fact that EA has found a way to pad their scores on the Android marketplace, has all but guaranteed I will not be downloading this free-to-play title anytime in the near future.