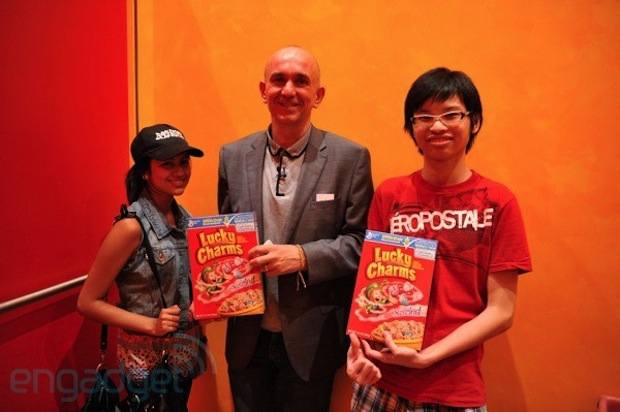 WTF? Lionhead’s Peter Molyneux was a guest on the Engadget Show. During the show, the Fable III demo assistant mentioned that Molyneux was looking for a box of Lucky Charms as he can’t get the terrible, Magically Rotten cereal in England.

He must have snapped. Or he really loves Lucky Charms. Somehow he got the idea to give the first person that came to the Engadget Show with a box of Lucky Charms a character appearance in Fable III. Dude totally could have went to the supermarket after the show, but now he’s got to program some random Engadget readers’ faces into his game.

Beyond this strange/awesome offer, Molyneux said that everyone else who brings in a box of the mouth-ripping, disgusting cereal will get a free sighend copy of the game.

The folks above, Monica and Jay, won. Look for them in the game when it comes out.