2016 wasn’t the best year for gaming, at least in my opinion. We definitely saw some solid titles come out (along with the end of a decade-long wait for two games!), but a lot of the major releases this year were retreads of tired themes and genres that haven’t seen a mix-up since the last console generation. While I typically don’t play a lot of games released in a particular year until the following year, I can’t even make a top 10 list for 2016 as I just didn’t play enough quality titles.

Still, I want to honor the games that really did wow me with something, so I’ve opted for a top five games of 2016. To me, these represent some of the best games from this tumultuous year that I played, even if others are “objectively” better. 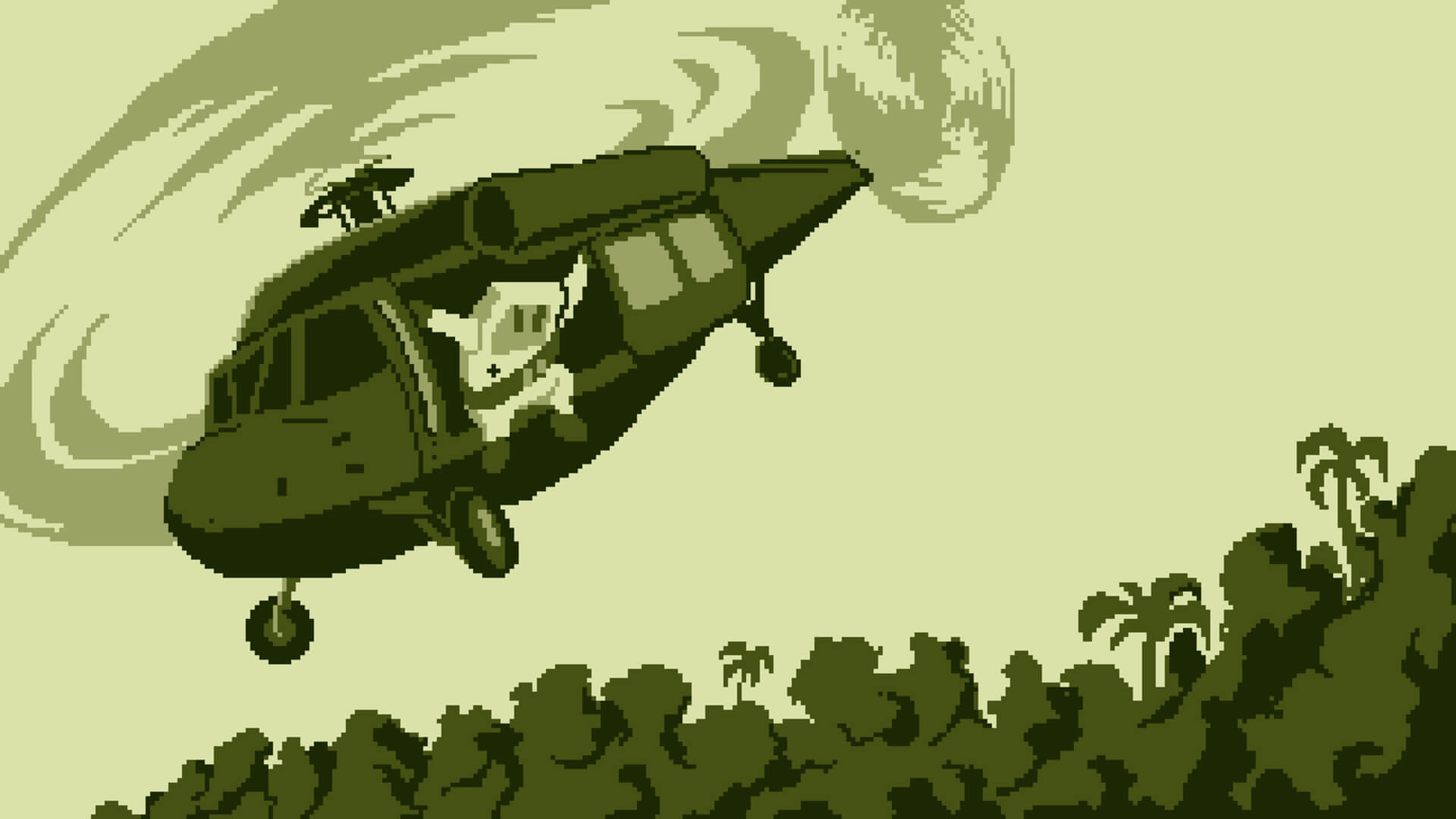 I don’t have much more to say about this title over what my review did, but I want to throw this into the list as it barely missed making the top five. The game is a love letter to the classic Game Boy along with containing a really well-thought-out plotline. The character of Rad is super adorable and his evolution into a wiser machine echoes a lot of what I’ve gone through in my own life.

There is also the fact that Capcom has failed to make a Mega Man game for six years now and Super Rad Raygun nearly fits the bill. It may not have the copy ability that Mega Man does, but the open-ended world map and basic gameplay design strongly mirror the seminal Capcom series. Super Rad Raygun is a must-play for old-school fans and a pretty solid title in its own right. 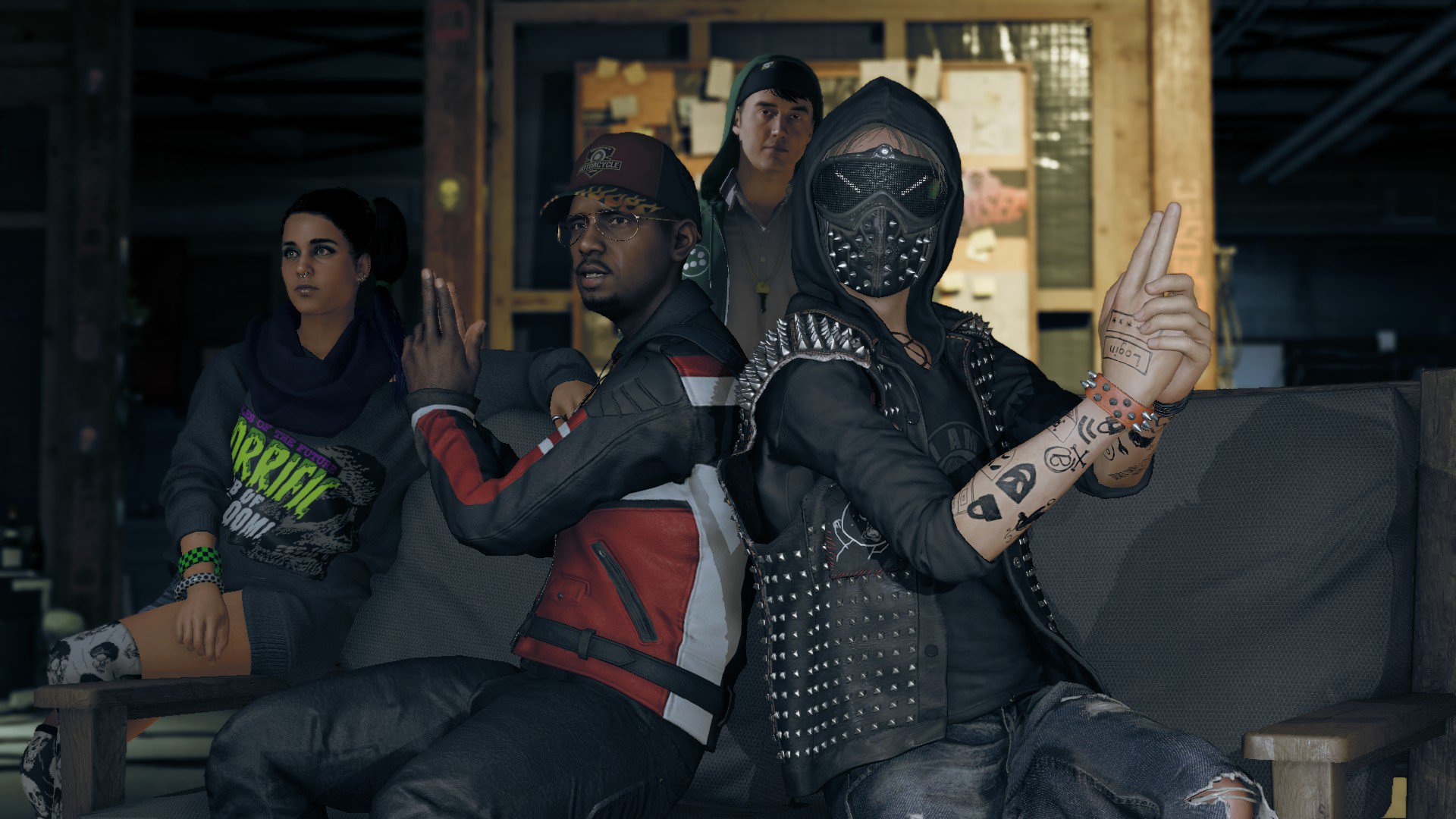 Quite honestly, I’m surprised I enjoyed this game as much as I did. While I hadn’t played the first Watch Dogs until after getting this (as a friend thought it was necessary), I was quite taken with how unrestricted your arsenal of tools was. I suppose you could go in guns blazing and solve every mission with several magazines of ammo, but the true joy of Watch Dogs 2 is how no one answer is the correct one.

You can melee all of the guards, fly your quadcopter through some air vents, jump from camera to camera and hack computers, or some combination of everything. The only way this game let me down was in the general story, which lacks any kind of motivation or central villainous character. I appreciate Ubisoft trying to make a more realistic tale of script kiddies causing havoc, but it becomes super difficult to remain invested when every mission is mostly a “fuck the man!” type message.

That is made up for with how strongly the characters are written, including a transgender politician and a pudgy, bald lady with an unconventional style. No one is called out for their looks or their gender, but on how their actions are hurting the society around them. Basically, this game puts the “don’t judge a book by its cover” idiom into practice. It makes for a remarkably grounded and joyous game that is easy to get sucked into, as long as you ignore the basic narrative. 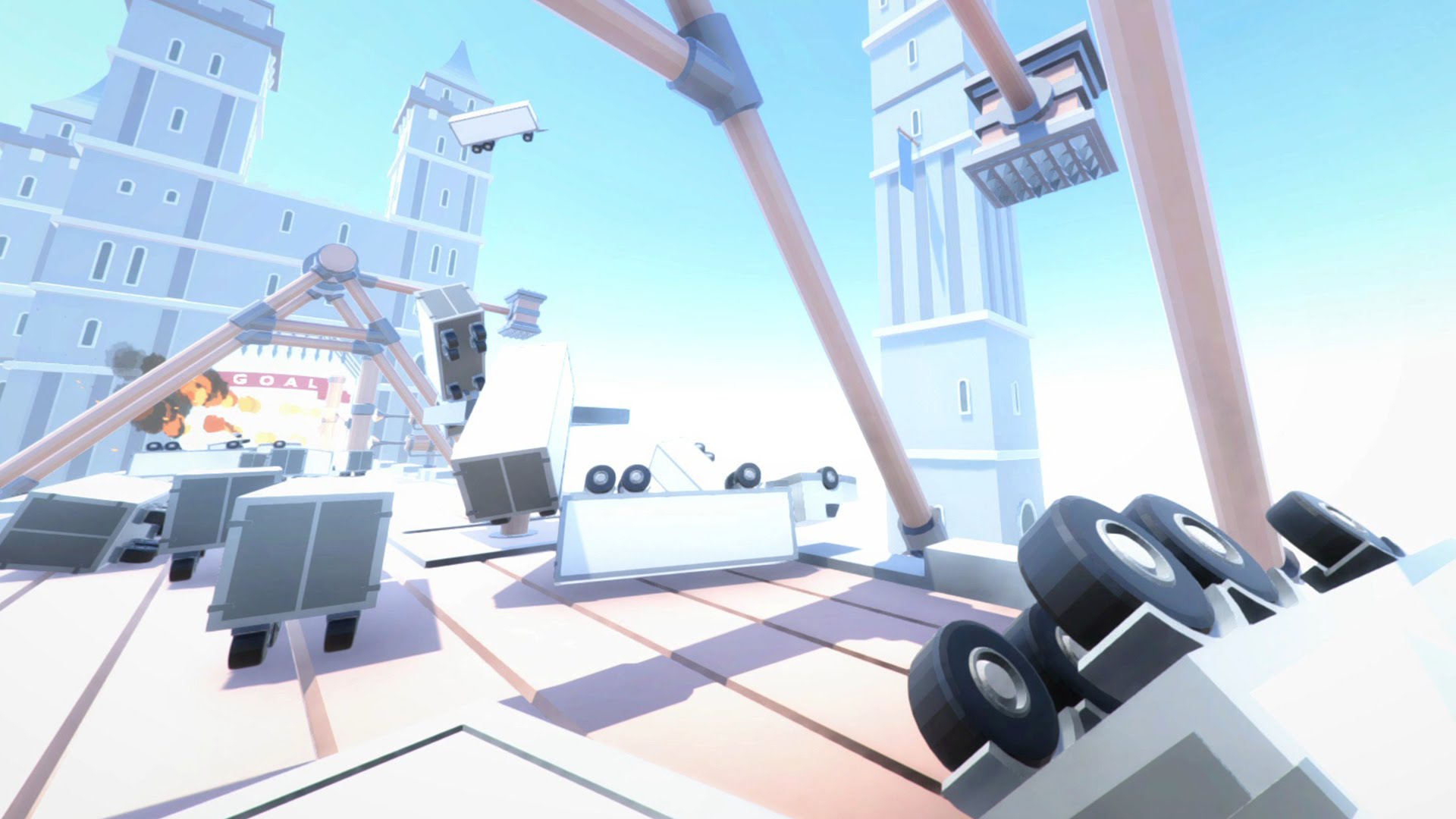 This is one of the few titles that came out of nowhere for me. I had never heard of it until TinyBuild sent us an e-mail with a review code and it just looked crazy to me. Usually first-person platform games have problems with identifying depth, making jumps feel almost impossible due to the perspective. Somehow, Clustertruck nails the idea of movement and creates some truly awesome scenarios that feel straight out of Hollywood action film.

Clustertruck also follows the winning pattern of Braid by introducing a simple, core concept and then building upon it with varying level designs. While there are special abilities you can unlock, the entire game is possible with just your starting skills. As you get better at the game, you learn to think on your feet and identify patterns with lightning speed, making for some narrow escapes and death-defying jumps that will have your butt clenching in fear.

The final boss kind of throws all of that out the window, but the game includes Steam Workshop support and has more then enough levels before the final confrontation to remain enjoyable for the four or so hours it takes to beat. I highly recommend this if you were a fan of Mirror’s Edge, but hated how the combat mechanics took center stage in some levels. 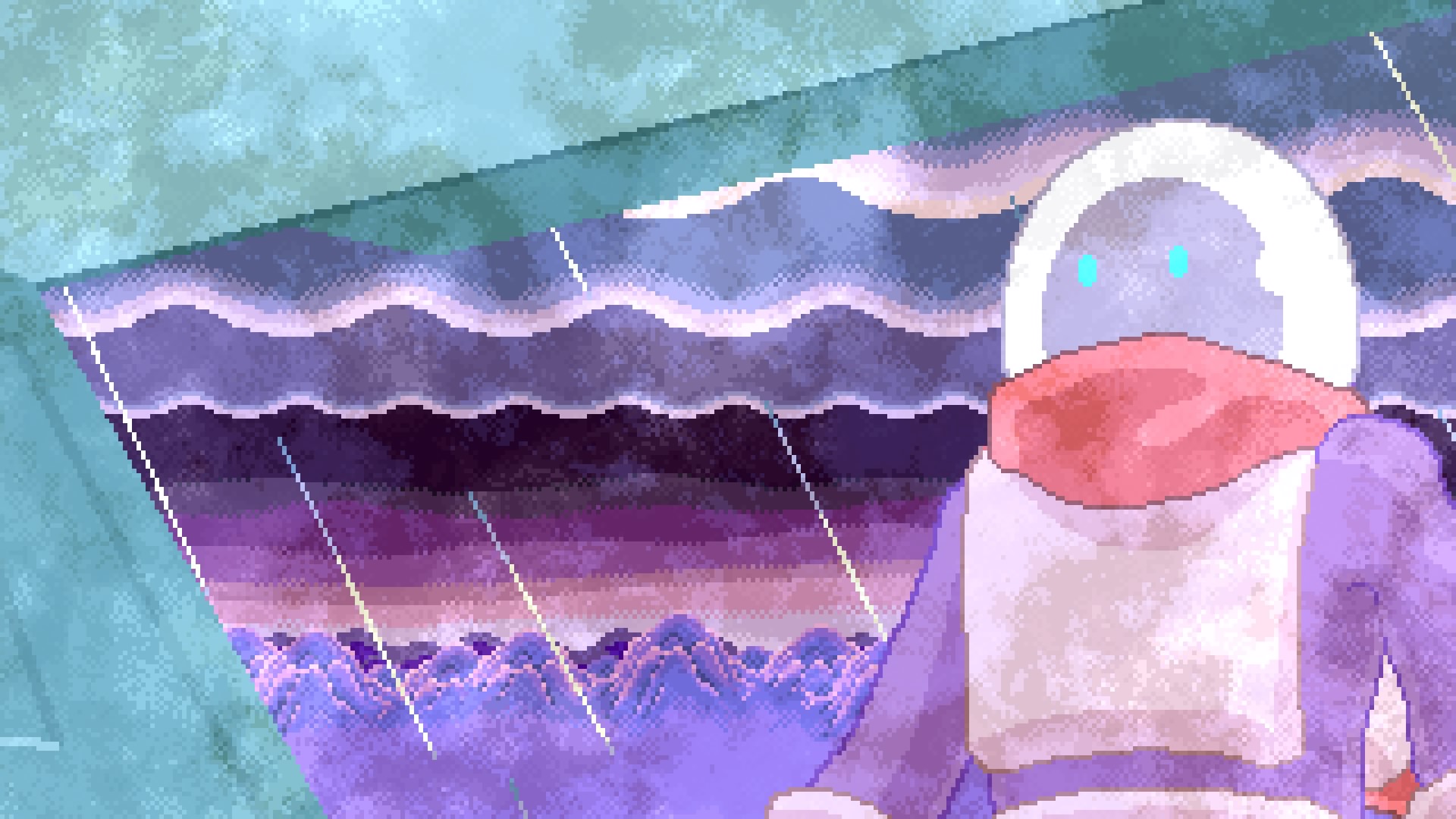 Point-and-click adventure games have definitely made a resurgence ever since Telltale Games signed on to revive Sam & Max. Its early portfolio is loaded with some really good retro-style adventure titles, but its more recent work has taken a step towards cinematic narratives. While I can’t fault them for changing up the formula, I missed the quality titles they were making in the vein of LucasArts.

While Alone With You isn’t exactly an adventure game, it contains a lot of the same gameplay loops that the classic LucasArts titles did. You get sent on a quest to discover the downfall of scientific research base that was looking for life on another planet. At the same time, your discoveries lead to your AI companion being able to temporarily bring back the memories of some of the key staff that perished along with the outpost you’re stationed at.

What really makes this game work is how well-written everything is, but I was mostly taken with how beautiful the “love” story at the center of the title is. There are multiple paths and endings to this game, allowing for unique stories between playthroughs and players, but opting to stick with the AI and watching as it grows a personality and becomes concerned for your safety nearly brought tears to my eyes.

Sure, there may not be the most in-depth or original gameplay, but puzzles that require logic and memorization are always a plus in my book. The wonderful music and fantastic art style also make this a joy to be engaged with, even if you get a bit lost. 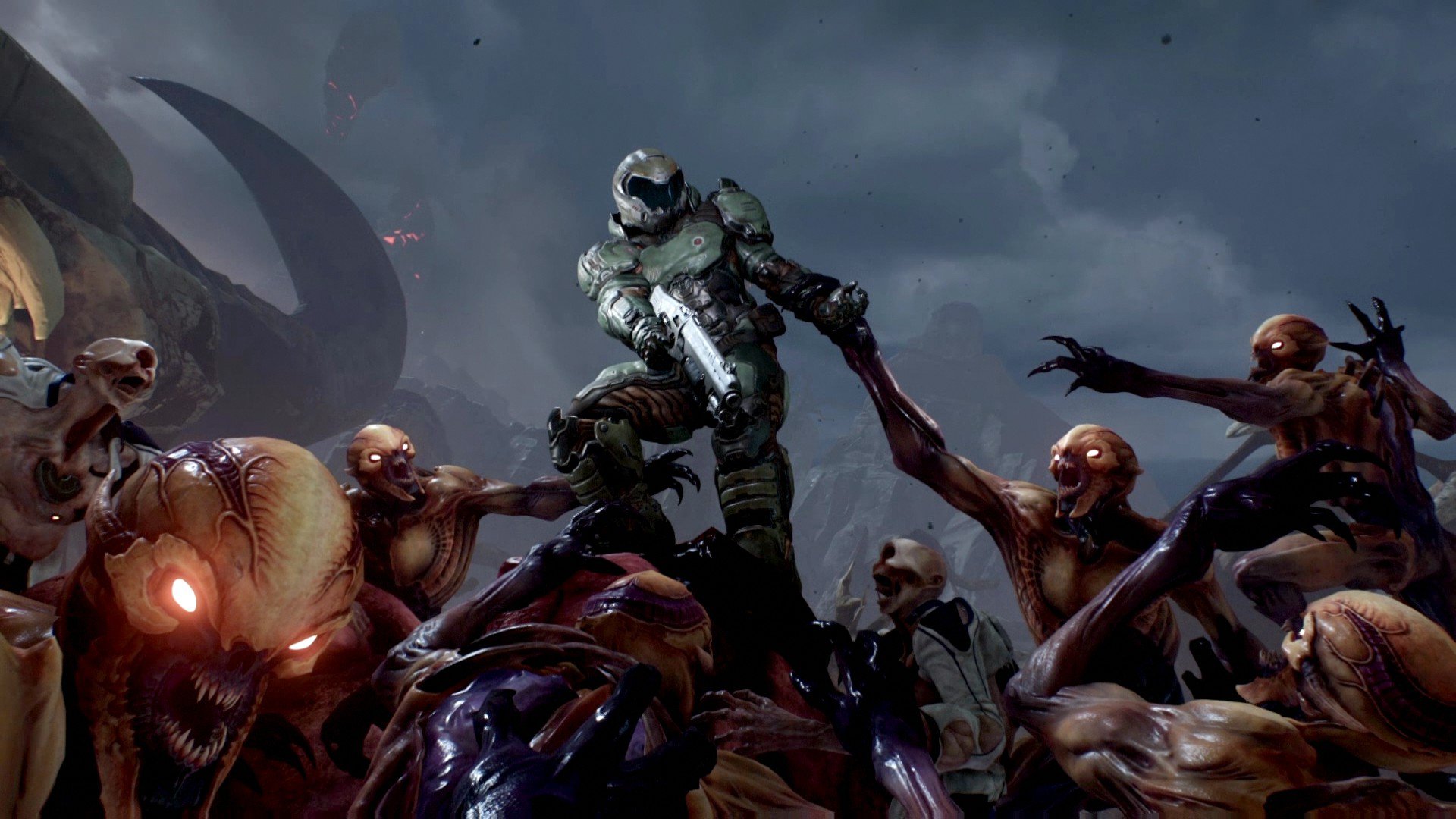 Growing up in the ’90s, I was a pretty big fan of shooters. The genre had started to take hold of the gaming landscape with the release of GoldenEye 007 and it hasn’t let up since. While I don’t care for the majority of shooters released in the last five or so years, Doom had my attention due to the nostalgia factor. That it ended up being a solid, fast-paced, and bloody throwback to simpler times was as big a surprise to me as it was to anyone.

While Doom isn’t exactly “classic” in the sense of level design or progression, the gunplay that drives each encounter feels like a natural evolution of the original game’s concept. You’re given an extremely varied and chaotic arsenal of guns to dispatch enemies with and the game speed is cranked to 150% to keep you moving. If you stand still, you will die!

What initially stopped me from truly loving the title was the emphasis on collecting secrets to power-up your guns. The original Doom handled secrets by giving you temporary boosts to your health or armor, but this new game throws a bunch of random tasks at you to improve the damage output of your guns or permanently increase your health and then bombards you with pop-ups about new weapons, hidden collectibles, and “rune” abilities that grant you passive bonuses. Aren’t I the Doom guy? I’m supposed to be a badass without any help.

Thankfully, an “Arcade” mode update was released that does away with any secret finding and just gives you everything from the start. Now, you get to experience the game in a manner that feels truer to the original title while also allowing you to unload with ultimate dominance at every moment. Sure, the main campaign is solid enough, but there is too much in the way of downtime if you opt to scour each inch of every level for all of the secrets. It doesn’t help that there doesn’t seem to be a way to turn off those pop-up boxes that lead you to the dry and pointless flavor text.

Also, the boss battles are too damned easy. While I finished the campaign on “Ultra-Violence,” my biggest hurdles were with the larger rooms loaded with dozens of enemies. Every time you get to a boss, you basically dodge a super telegraphed pattern and unload on him. It is boring and kind of anticlimactic. Isn’t the Spider Mastermind supposed to be the toughest bastard in hell? 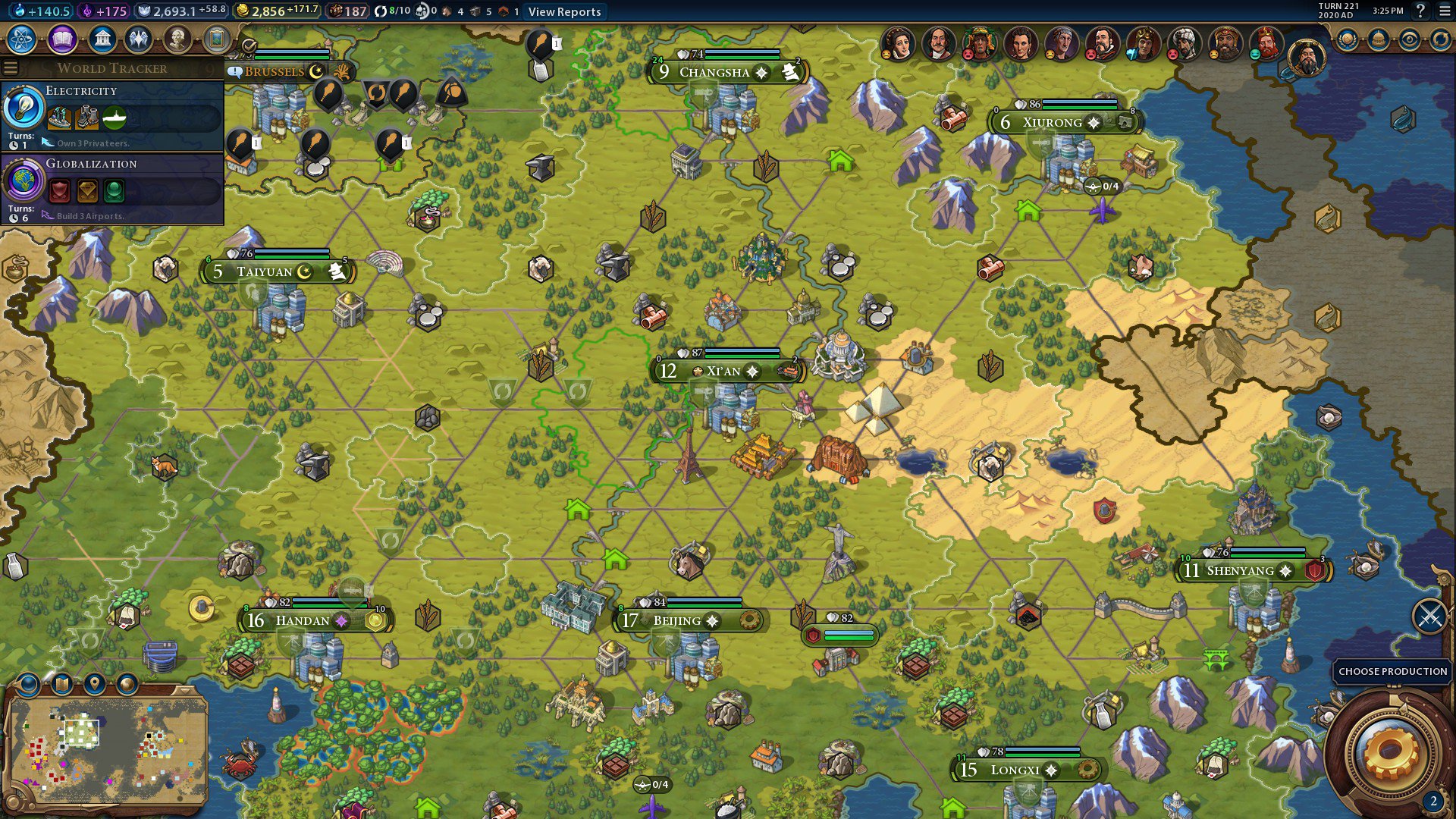 I’m not exactly the biggest fan of real-time strategy games, seeing as how I somehow lack the ability to micromanage my troops or think about actions a few steps ahead of the competition. Without the ability to stop and think, I tend to make gut-reaction moves that cost me precious units and time. For that reason alone, I’ve always loved the pacing and style of the Civilization series. I also like how carefree the game treats history, allowing you to feel smart for having studied Western/Eastern Civ in school while also manipulating the past to make your own perfect empire.

What Civilization VI brings to the table after five prequels is a lot more strategic depth. I can’t deny that I like just plopping a city down and calling it a day, but having to strongly consider where you put certain districts or even found your cities makes every small decision feel a lot more impactful to the game. You can no longer settle wherever you want and make weird designs on the map, since certain areas are going to leave your city desolate and vapid.

The reintroduction of religion with a stronger emphasis on making it a core part of the gameplay is also great. While I know Gods & Kings for Civilization V did bring back theology to the series, it never felt as realized as what Civilization IV attempted to do. Now, though, you can actually win a game with an entirely pacifist route by simply converting all of your neighbors to your faith.

Not everything about VI works as well as its fully expanded predecessors, but this is basically the strongest base Civilization game the series has ever seen. What you get already feels like a well-thought-out and developed game that could realistically see one expansion before being perfect. Being a fan of the series for a little over a decade now, I couldn’t be happier with what we’ve gotten.