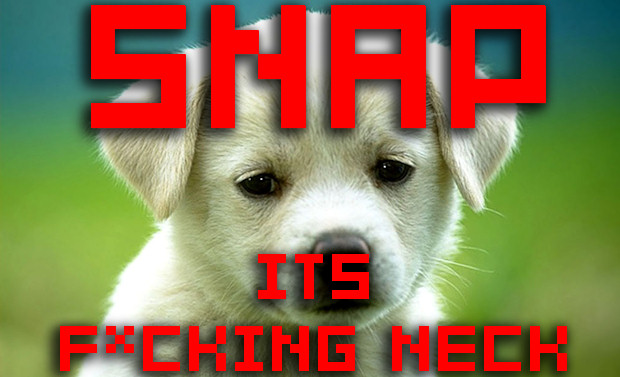 The other day, we shared with you the story of a bunch of students who whined about the fact that Call of Duty games allow players to defend themselves against attack dogs. Not one to miss an opportunity to spread nonsense and self-promote, North American Man Horse Love Association PETA has joined the fray and condemned Activision’s FPS series.

“Not since we were pitted against Nazi attack dogs when we first escaped from Castle Wolfenstein 17 years ago have we seen such barbaric treatment of dogs in gameplay as we did in Call of Duty: World of War,” declares PETA. “To help the folks at Activision Blizzard learn about the ethical treatment of animals, we’re offering to let them take PETA’s “Developing Empathy for Animals” free of charge and are sending a package of Nintendogs games to their office.”

At least PETA is having a bit of a sense of a humor about things. Nevertheless, PETA and the students that started this silly bitchfest are about two years late to the party, considering it was 2007’s Modern Warfare that first featured hot man-on-dog violence.

Luckily, PETA is unaware of Modern Warfare 2, where players will be able to feed bits of giraffe to other giraffes while Colonel Sanders watches and wanks off into a dying chicken’s gasping beak.

Filed under... #Activision#Animals#Call of Duty